by External
in Industry News, Rugby, and Football
on 09 Jul 2015 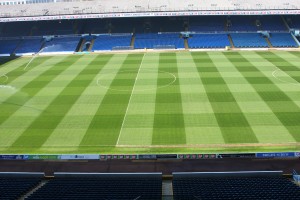 The Whites had been operating with a drainage system which had not changed since 1988, meaning Barratt is relieved to have been able to invest in a replacement system.

The groundsman explained to LUTV: "We've updated the irrigation system - that's been in since 1988.

"We were having problems with that with pipes bursting, so we've got a new ring main and new irrigation heads.

"We've updated it to get modern so we can use it more efficiently", the groundsman added.

Leeds, whose pitch will have to cope with two Rugby World Cup games in two days this season, will be hoping the new system helps to ensure the playing surface is in top condition for Uwe Rosler's men.

Last term the Whites finished 15th in the Championship table and they are aiming to push for a top ten spot this season as they build up towards a promotion tilt.

A consistent, quality playing surface will surely only help the German and his men.