by External source
in Obituary and People
on 27 Jan 2021

It is with much sadness that we report the recent passing of Ron Harrod, who founded Harrod UK Ltd in 1954. An exceptional entrepreneur and industry leader, Ron Harrod led his company to great success as a globally renowned manufacturer of sports equipment. 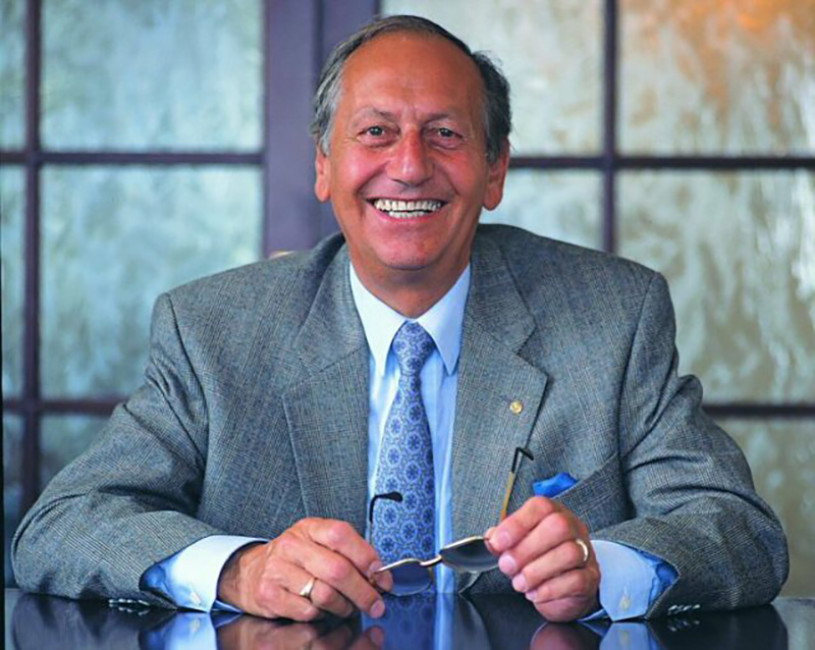 Ron will be greatly missed by his very many friends and colleagues throughout the sports and play industry.

We share below this heartfelt tribute provided by Harrod UK Ltd.

Touching tributes have been paid to Ron Harrod, the much-loved husband of 67 years to Margaret, Rotarian and founder of the Internationally recognised company Harrod UK Ltd who sadly passed away on the 29th December 2020.

The "Slim Dynamic East Anglian" as he was fondly named by a London PR guru was immensely respected and loved by everyone he came in to contact with.

Paying tribute to her father, Stephanie Harrod said "My father was a wonderful, kind generous, supportive man with an entrepreneurial spirit".

We had a fantastic working relationship too and he gave us freedom to always try something new.

My father was very proud of our achievements and always gave us lots of praise and encouragement.

He was a very principled man who had high standards and values, he genuinely believed his motto 'the customer is king' and he instilled these values in us, his legacy will live on through us and our amazing team.

"Above all he was my dad, kind, caring and always there for me".

In his personal life, Ron was a highly active Rotarian, and his fundraising raffles and bottle stalls at local events were legendary. Funding all the prizes personally himself, he had a way of getting people to participate because of his endless enthusiasm to local good causes. 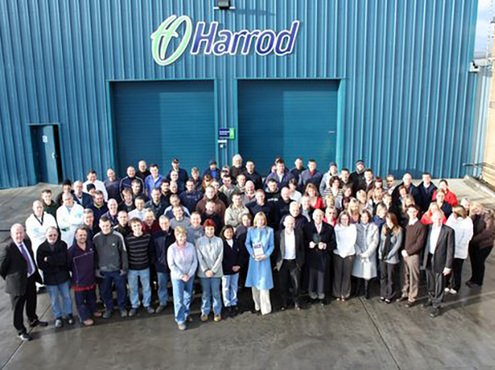 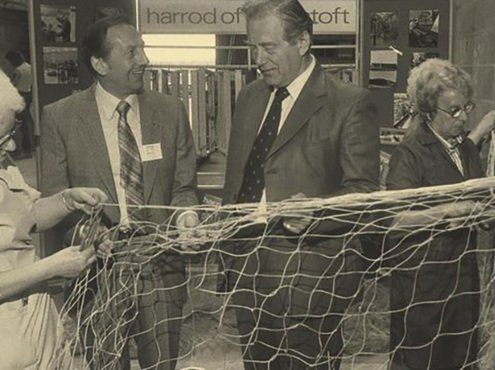 Fellow Rotarian Past President David Ferns said "I ran a Charity taking aid to Romania in the 90's, Ron quickly joined me as a trustee and was largely instrumental in its success, his lorries collected donations from all over the UK and he lent us warehousing and forklifts all without complaint or question".

He started at an early age, when at around the age of 12 Ron would help his mother on the family tea stall. His work ethic was something he carried with him throughout his life and was demonstrated with 2 years of unwavering National Service in the RAF as a mechanic. The RAF was another affinity he would carry with him proudly.

In 1954, at the age of 23, Ron along with his wife Margaret started his business Harrod of Lowestoft, now more commonly known as Harrod Sport. The family firm has gone on to employ several hundred local people and has had acclaimed success in both the fields of Sport and Horticulture.

He would encourage his staff to 'just have a go'. He would tell them that despite him not being that good at English (his wife Margaret would help him with that) being OK with numbers (especially his hand drawn spreadsheets) and not being an expert with tools, he would put his faith and trust in them and was always confident that together they could succeed at anything'.

Ron will be remembered for always being impeccably dressed with a smile that would light up any room. Known to his staff as Mr Harrod, he knew everyone's name and took great interest in their families and welfare. He will also be fondly remembered for his weekly chocolate bar and ice cream treats, all delivered personally by Ron with a 'thank you' to each and every one of them. Ron firmly believed that his staff were the key to his success.

Ron was a great ambassador of the company and Lowestoft and was always so proud that his family run business based in a fishing town was supplying the likes of Wembley Stadium and the Olympic Games. An early work passion for Ron was goal post safety and in 1989 he was instrumental as a founder member of the Comité de Européan Normalisation (CEN), holding the position of UK representative for sports posts for over 10 years and ensuring only the safest product was brought to market.

During his working life, the Company won many awards for Service Excellence and Best Company, and his ethos and legacy is still as strong as ever today, his spirit will continue to drive the company forward and keeping over 130 local people employed.

Ron always had a can-do attitude in both his work and personal life. No matter what the size of the challenge, the first words to leave his lips were 'we could do that'. Long before Google existed

Ron would research new manufacturing processes and materials the hard way, invest in new machinery and have an unwavering confidence that it would work, an attitude that made him a true entrepreneur in every single spirit of the word.

If staff were of the upmost importance to Ron, then it was the Customer that was King, a statement he would repeat over and over until it was at the forefront of everything the company would do.

It now sits proudly emblazoned on one of the Companies conference room walls, proudly signed by Ron.

Another legacy that will live on is the Ron Harrod Foundation, a purely altruistic trust set up in 2018 with the sole aim of offering support to local budding young athletes to succeed in their chosen sports.

Paying tribute to his father, Chris Harrod said "we managed to have such a good working relationship as well as a true bond as father and son which is quite rare. I will miss him dearly"

Ron Harrod was a truly inspirational man that will be desperately missed but forever fondly remembered.