0 It never rains but it pours 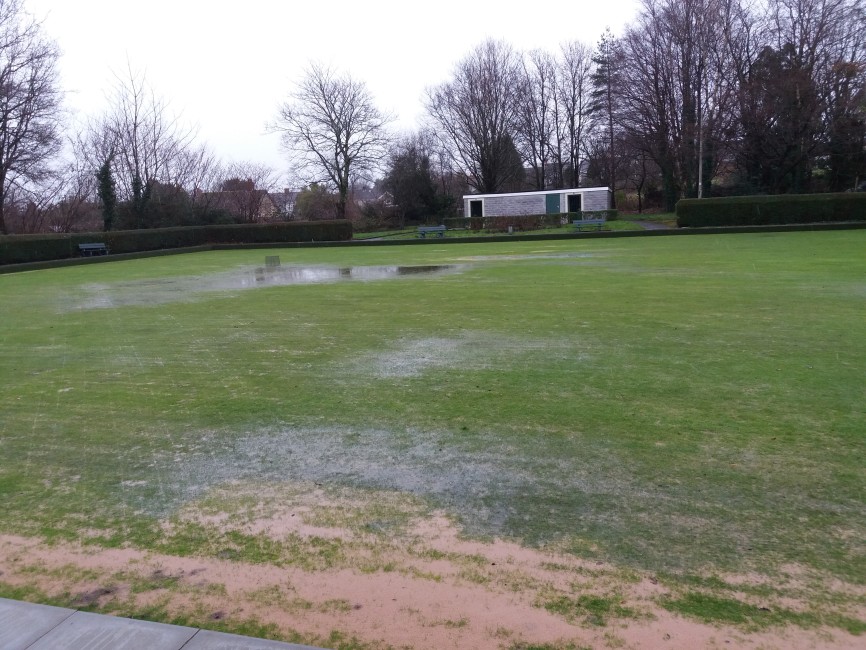 Pontarddulais Bowls Club and Graig Merthyr Bowls Club share the same council-owned green in Coedbach Park, Pontarddulais, Swansea. The green there has seen around ninety years of play and until early in 2018 had always been free draining, with regular treatment such as Vertidraining, although it had become noticeable the green was changing.

Built on shale, as is typical of many greens, the gradual compaction was taking its toll. Club Treasurer Bryan Gillard remembers standing under the canopy by the Clubhouse and watching what happened to the green when it rained heavily.

"The green was filling with water before my very eyes," he says, "and after the heavy showers it remained quite sodden and unplayable. It seemed no amount of work could get it back into shape." This left fifty or so members without playing facilities until it dried out.

Bryan remembered reading about Terrain Aeration's treatment for bowling greens and sports pitches in Bowls magazine and he invited the specialist aeration company to come along and advise on the situation. It became immediately clear that much deeper aeration was needed than the usual Vertidraining, to relieve the compaction and panning beneath the surface. Bryan sought approval from Swansea City Council and with the help of two local councillors the funds were raised to do the work in March 2018. 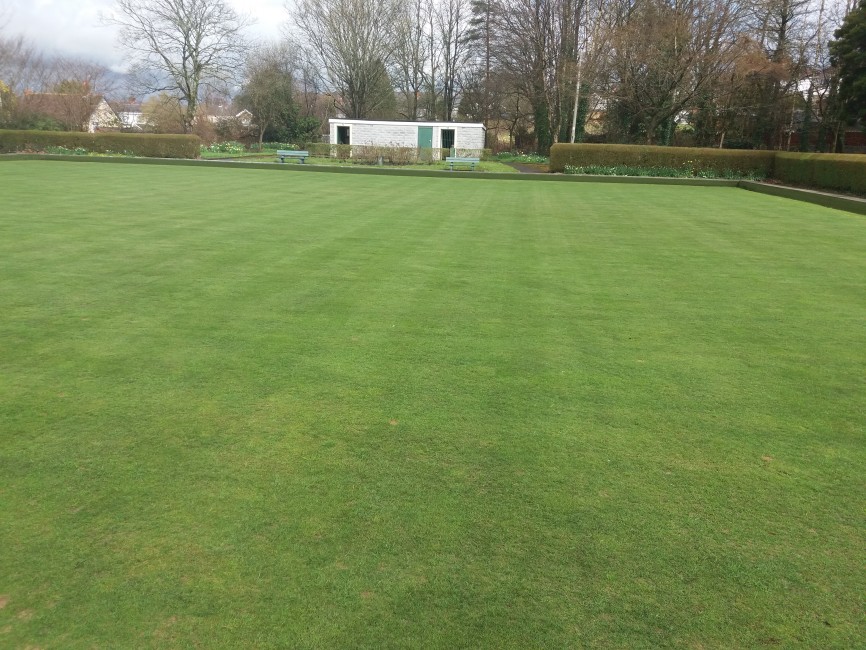 Terrain Aeration's deep penetration aeration system uses their Terralift machine to drive a probe one metre deep into the soil, through the compaction, where it releases a blast of compressed air, fracturing the soil. On the tail end of the air blast dried seaweed is injected, which sticks to the walls of the fissures. This is finished with the probe hole being filled with porous Lytag aggregate and topped with the usual top dressing. Here the seaweed will remain, swelling and contracting with the moisture in the soil, maintaining the aeration, drainage and allowing oxygen to get to the roots. In some instances water-storing polymers may also be added with the seaweed

The process is repeated over a staggered grid every two metres to ensure the fissures are fully interlinked. The result is immediate and vastly improved draining, allowing play to commence straight away. The problem for Bryan was there was no rain to speak of for a long period and no one was able to judge the results. Until the first heavy rains that is, when the car park at the club became totally awash. The bowling green however remained free of water and the success and improvement to the sward became even more evident during the long summer drought. Torrential rains left no evidence as they passed, with the green remaining free-draining and the surface vastly improved. "It's fair to say everyone has been well pleased with the result," says Bryan, who though now retired as Treasurer, remains a part of the long tradition of bowling in Pontarddulais.