by External source
in People and Football
on 07 Dec 2019

We make no apologies for running this story as it perfectly highlights the importance of people behind the scenes at a sports club, no matter its size … and Tiny did once help out the groundsman with a spot of weeding! 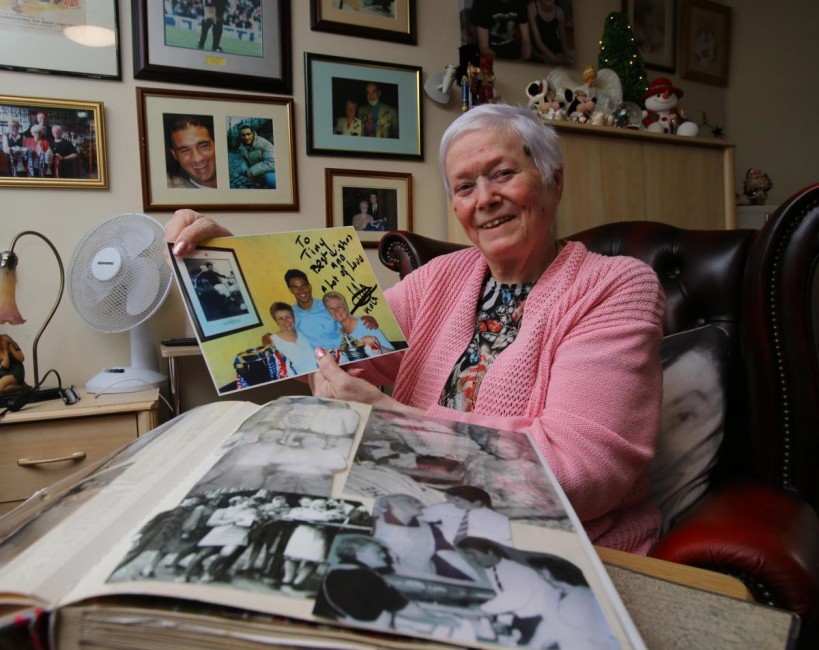 Tiny holding a photograph of herself, her sister Irene and Michael Mols

There was the time Andy Goram gave her his famous goalie gloves, and that day David Murray introduced her to Sean Connery...

Tiny Gallacher is full of stories about Rangers Football Club, where she worked as club cook for 51 years.

The 73-year-old's room at Cardonald Care Home is full of signed programmes, trophies and framed photos from all the club greats over the years.

Just don't ask her to explain the one where she's cuddling Lorenzo Amoruso in a dressing gown...

"Oh, I couldn't possibly tell you that story," she laughs, adding in a theatrical whisper: "But he didn't have anything on under that robe...."

Tiny is an Ibrox legend - many former players still pop in to visit, and when she retired, they formed a guard of honour on the pitch for her.

"My mum made people feel special, looking after them throughout her time at Rangers - that day, it was her turn to feel special for a change," smiles her daughter, Karen.

Tiny - "my Sunday name is Mary, but no-one ever calls me that," she laughs - joined the club in 1967, following in the footsteps of her mother, Lizzie Love, and grandmother, Maggie Lindsay. 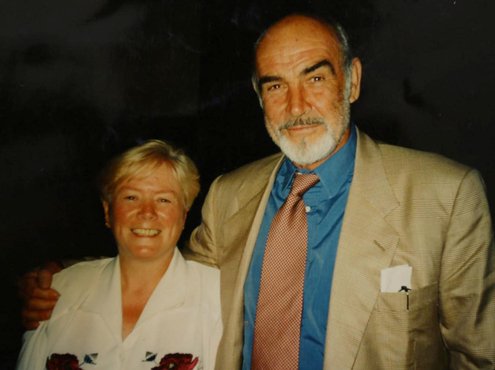 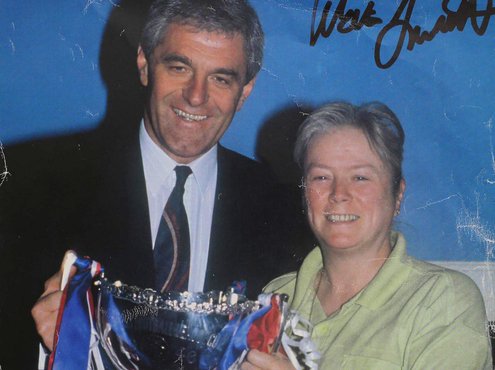 Tiny with Sean Connery (left) and Walter Smith at Ibrox

"My granny Maggie washed the strips back in the 30s, and my mum was a cleaner," says Tiny.

"Maggie used to talk about the time King George VI arrived at Ibrox to formally open the Empire Exhibition in 1938 and sometimes she would help the groundsman with a bit of weeding."

The family connections did not stop there - Tiny's sister Irene worked alongside her in catering, her uncle Davy was head groundsman for a while, husband Willie cleaned the stands, Karen did the Rangers pools when she left school and her brother John runs Sunday sightseeing tours.

In 2001, Tiny was invited to Monte Carlo to receive a special award from UEFA for her loyal service to Rangers and in 2014 she was presented with the John Greig Achievement Award for her contribution to the club.

On the Monte Carol trip, she met Michael Caine - "he was a real grump and wouldn't give me his autograph" - and on another occasion, was over the moon to have her picture taken with Sean Connery.

"David Murray, who was chairman at the time, introduced me to him and in those days you had to wait until your photo was developed to show it to anyone," laughs Tiny. 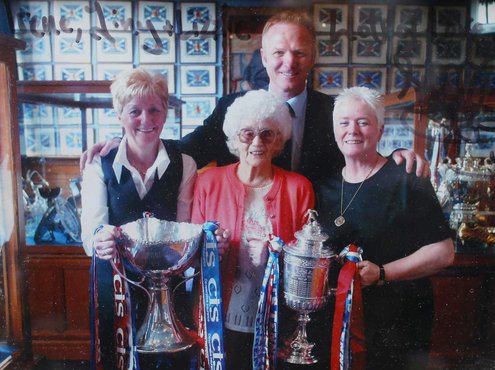 "When I took it in to show him, he took it off me, sent it to Sean in Spain and got him to sign it - it was wonderful."

Tiny's favourite player, she says, is Ian Durrant, who presented her with a signed Evening Times bill poster emblazoned with an old photo of his face and the headline: "Durrant - Kid Dynamite".

She laughs: "He was always very cheeky and a good laugh."

Tiny was diagnosed with Alzheimer's three years ago, and when she moved in to the care home, Karen and John compiled albums of photos and memorabilia from her family's time at Ibrox.

One of the newspaper cuttings, from 1998, quotes former Rangers vice-chairman Donald Findlay in an article bemoaning the lack of women in key roles in Scottish football.

It sums up what Tiny Gallacher meant to the Ibrox club.

"I certainly wouldn't like to go to Tiny in the kitchen and say we don't have any women in positions of power," Findlay said. "She is probably the most influential person in the whole stadium...."