0 "It was like being hit with a shovel": surviving coronavirus

Les Howkins is course manager at The Richmond in London. He's also a Master Greenkeeper and a former chairman of BIGGA. 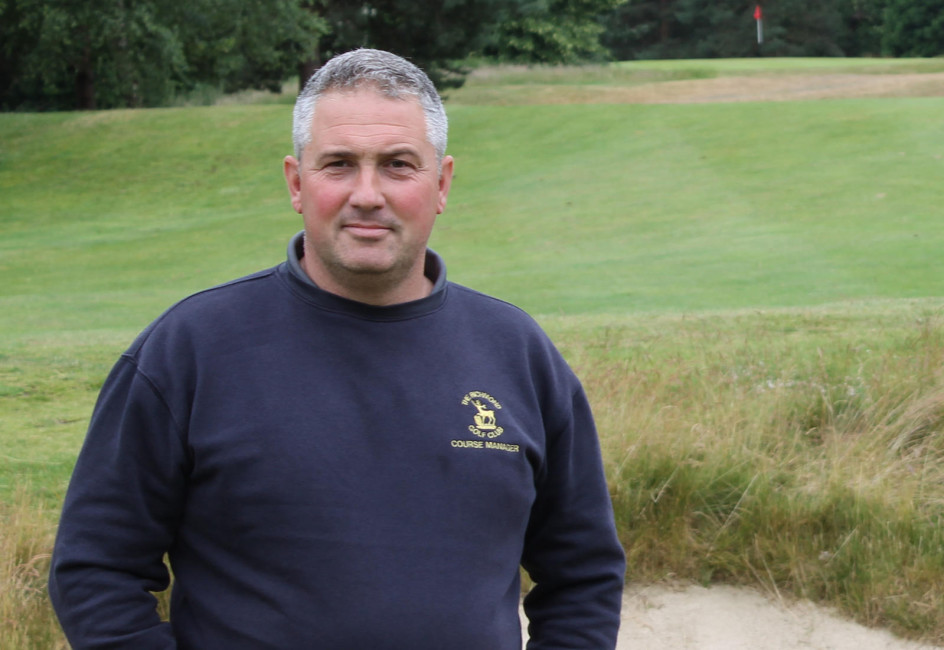 Although he was never tested positive, Les almost certainly contracted COVID-19 and spent weeks in bed, with paramedics called out to his house when his situation worsened.

It's a scary story but a reminder of just how serious this virus can be.

BIGGA's Karl Hansell had a chat with Les to find out more about what it's like to actually be struck down by this deadly virus.

First things first: did you have coronavirus?

Why did you speak to paramedics?

On the fourth day of being ill my breathing got very laboured and I was struggling to breathe. My wife was talking to the NHS hotline and he was asking us questions. One of the questions was, can you stick your tongue out? I said I couldn't and the medic on the phone said 'paramedics are on their way, I've just ordered them for you'. Then you think, this must be serious.

How bad did it get?

I didn't get out of bed for 13 days. Day three, four, five and six were probably the worst when it hurt to breathe. My breathing was very short and sharp and my breath rate was very high, breathing 25 to 30 times a minute. I was panting and gasping for air.

I wasn't overly scared because I knew how I felt and what my body was going through. But my wife was scared. My saying "I'll be alright" didn't really cut it for her.

But like everything else, I just took it as another day. I knew I was poorly and couldn't get up and walk around, but for my wife and two daughters seeing me, not able to move or even get up, I can imagine was pretty scary. I'm the sort of guy that doesn't sit still very often.

Can you take us back to the start? What was the first sign that something was wrong?

I had been at Ipswich at the Ransomes Jacobsen HQ to present at FTMI. While I was doing my workshop on budgeting my phone rang - it was my daughter's school. They never phone so I answered it. They said "Chloe's not feeling great, she's got a temperature, what do you want to do?" I said that I was a few hours from home, but she'll be OK going home because we live on a golf course and there's people around.

She went home and I left Ipswich at 1.30pm, drove home a couple of hours, no problem at all. I saw my daughter, gave her a drink and some paracetamol and she was tucked up in bed.

My other daughter came home from school, we had tea, and then at about 9.30pm that evening we were sat watching a film and my feet felt cold. I decided to go to bed and in the time it took me to walk to my bedroom it was like I had been hit with a shovel. Everything hurt - my knees, ankles, arms, it was like flu had come on instantly. I was shivering and shaking, took some paracetamol and drink, went to bed and didn't think any more of it.

Then, the following morning, the team were waiting for me to turn up for work. My deputy, Ben, was away at TPC Sawgrass, so I got up and walked over to the yard. I stood at the other end of the yard and said "I'm not feeling great, I'm off to bed, here are your jobs for the day". That walk, if it's 80 yards from my front door to my shed, it nearly killed me, it was like I had run a marathon. That was the start of it. I got back into bed and never moved. 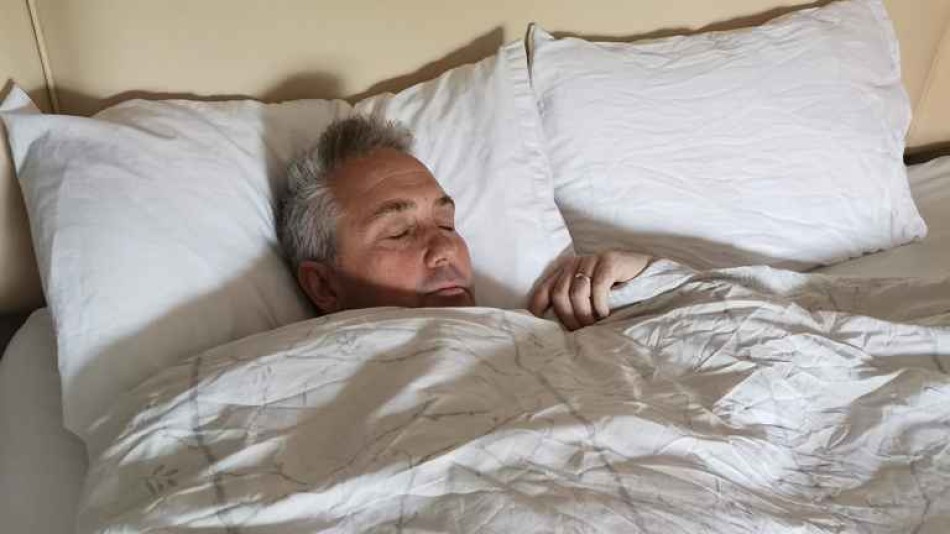 Les battled coronavirus for a number of weeks

Is the thought that you may have caught it off your daughter?

Potentially. A lot of kids get such mild symptoms that the following day she got up and was fine, it was just a 24-hour thing for her. She was fine and went back to school. On that day my wife phoned the doctor and asked what we should do. The doctor said that we would have to self-isolate as a family. She said the kids have gone to school and the doctor said "I'll phone the school and send them home". It was so serious that the doctors surgery called the school to tell them to send my kids home.

The doctors phoned me every day for a couple of days after that and they said all the symptoms I had, it was almost certainly coronavirus.

My kids have been locked up now for nearly 60 days. They've been out the house but they haven't been out the confines of the golf course for nearly two months, but the now understand how fortunate they are to live on a golf course.

From that low point within a week, what's the recovery been like?

The first week was the worst. During the second week when I was still in bed, nothing really changed for seven or eight days. I was really tired, had no energy and everything ached.

Although my breathing was OK, it hurt. I've never smoked but if I took a deep breath in, it was like getting a mouthful of someone else's smoke when you're walking down a street. It burned inside every time I took a deep breath, right down deep inside my lungs. It was like that for about four weeks.

On the 13th day of being ill I slept in the middle of the afternoon and when I woke I suddenly felt a lot better. I got up and had a shower and put a pair of jeans and t-shirt on, had a cup of tea and biscuit. I walked 500 yards to the end of the drive and back again. I was pretty tired at the end of it but I felt a lot better, one for being out in the fresh air and two, for doing it. I felt better and better every day and got my energy back, although I was always tired. The first week back at work I'd finish at 2.30pm and go to sleep, which is not something I would normally do.

The ongoing recovery took another four weeks after I got out of bed. On the cold mornings it would hurt to breath and I was sleeping for nine or 10 hours instead of the usual four or five.

Then all of a sudden, one day I was back to normal and felt instantly better. It's been a week or so now of feeling great.

If you infect someone, from what we hear it's up to two weeks before they get symptoms. You must have been worried about whether everyone else was going to also get ill?

I'd been at FTMI and thought, what if I've infected everyone there? What if I've given 24 young greenkeepers, the mentors, Jim [Croxton] and Sami [Strutt], what if I've infected all of them with coronavirus? I was properly gutted. I let Jim know straight away and he communicated to everyone there, just to be on the safe side. I haven't heard of anyone who got it from there, which is a massive relief, because I would never have forgiven myself if anything bad had happened to someone.

There's been people not taking it as seriously as they should. As someone who's been through that, what would you say to them?

Knowing how I felt, I wouldn't wish it on my worst enemy. For people who aren't taking it seriously, it's absolutely paramount that you do. You may survive, you may have a full recovery, but the guy next to you or the guy next to you's wife when he gets home could die. It's that simple.

People need to take it seriously, do the socially distancing and clean their hands properly. They need to have good practices in place for if they're at work, such as keeping things clean, making sure you're using the right disinfectant and doing everything we're told.

Throughout the COVID-19 pandemic, BIGGA has provided a large amount of information and guidance for greenkeepers and other staff at golf facilities. Head to their COVID-19 Hub for the latest update and support.