Jacobsen and local dealer T.H. White provided tournament support recently as the Trilby Tour, the only televised amateur golf tournament, came to Gaudet Luce Golf Club in Droitwich as part of a series of Regional Championships across the UK. 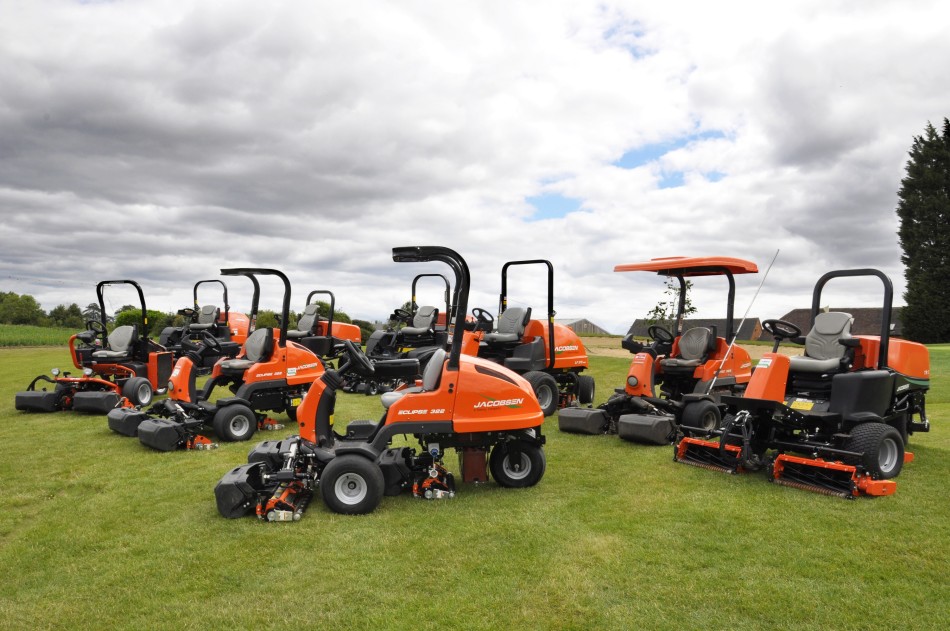 Andrew Laing, Course Manager expressed his appreciation for the support the club received in the lead up to the event;

"I spoke to Simon Bingham from T.H. White and Steve Alabaster from Jacobsen at BTME earlier in the year about tournament support for this event. They both unreservedly said that they would support us in every capacity, and they haven't let us down. We have had a relationship with T.H. White for over 14 years now, and since changing our equipment to Jacobsen back in 2008, we've never looked back. The machinery is reliable, and the after-sales support is second to none.

"I would just like to show my appreciation to Steve, Simon, and also Albie the Debach driver who delivered the tournament support equipment. Without them, our preparations would not have gone so smoothly, so I can't thank them enough. It's also important to thank all the volunteers from local clubs such as The Worcestershire Golf Club and Droitwich Golf Club who have supported us as well. It's times like this that you realise what a fantastic, and friendly industry we work in." 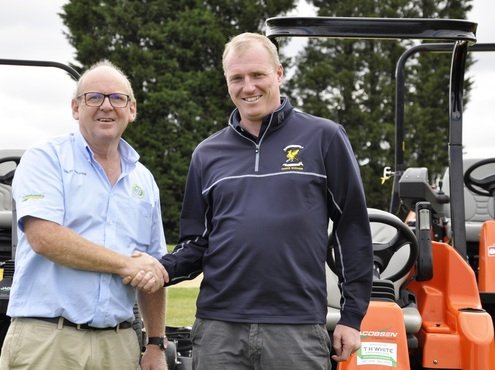 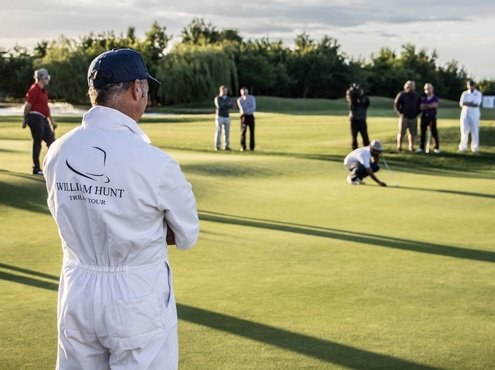 Simon Bingham from T.H. White commented on supporting the club during the Trilby Tour,

"It has always been important to us to support our customers both when they ask for it, and also when they don't. We pride ourselves on our customer service, and Andrew is a brilliant example of the relationship that we strive to achieve with everyone who walks through our door. The course looked fantastic as always, and we look forward to assisting in the same way for future tournaments at the club."

The Trilby Tour is now in its 10th year, and has been described as "the fiercest amateur golf tournament". Each Regional Championship is broadcast on Sky Sports as part of the Trilby Tour series. With annual viewership figures of more than 3.5 million in 2015, the Trilby Tour is officially the largest Amateur golf television series in the UK and Europe. It is formed of 10 regional competitions running from the end of May, with the final taking place in Hull on the 31st August.

The appeal of the tournament lies in its unusual competitive format, with the top four players on the day going in to a 3-hole shootout to decide the champion. Golfers have hailed the Trilby Tour as the closest experience to a Professional tournament, playing under the pressures of an international televised event.

Look out for a full feature on Gaudet Luce Golf Club in the next issue of Pitchcare magazine.