Since transferring the production of Jacobsen mowers to the Turf Care Centre of Excellence in Ipswich, the company's three-hole golf course has become more important than ever to product development and testing.

The beginning of 2021 has seen a quick start for new product lines with the new AR530, Eclipse ELiTE 360 and HR800 all in the later stages of testing and development.

It is at this point the 3-hole course comes into its own, with the product development team able to test the mowers in real-world situations and often pass the machines onto Golf Course Greenkeeper, Justin Hunt.

Justin began his working life as an apprentice at Ransomes before becoming a product demonstrator in the UK and Europe. Despite leaving the company, he stayed in the turf industry working with Ernest Doe and Bartrum Mowers before joining Woodbridge Golf Club as a greenkeeper where he eventually became Course Manager for six years.

During his time as a demonstrator, he and others at Ransomes knew the land could be a useful asset for product testing, but he couldn't imagine just how well it could be developed.

"Initially, I found preparing a golf course in the middle of an industrial estate a bit strange," Justin begins. "Where we're sat in the main building now would have been our workshop back in the day, and the land across there that's now the golf course was wasteland." 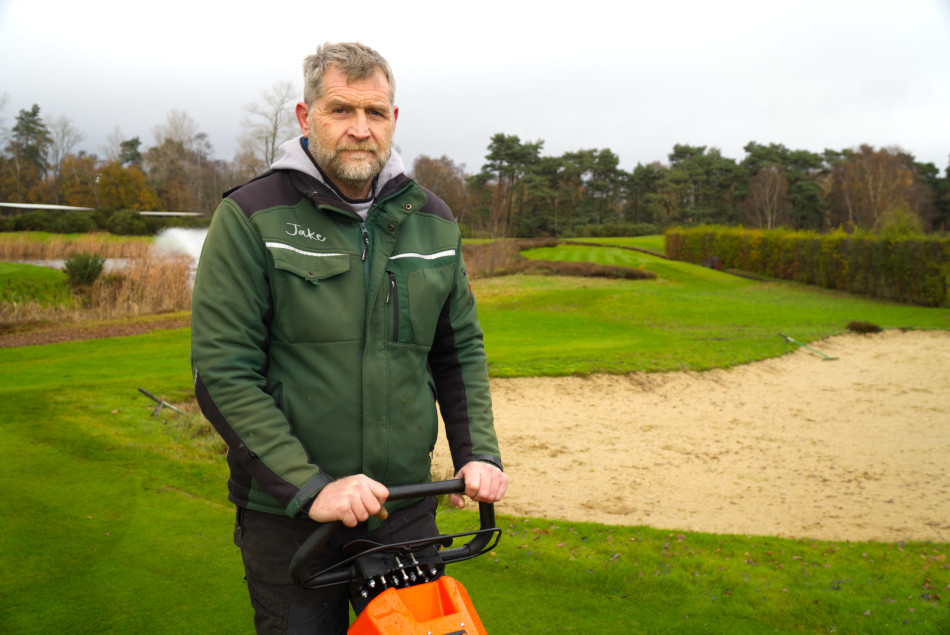 "That whole area was full of ploughs ready for sale because agricultural machinery was still made here then, and over time all of those ploughs disappeared, and we as demonstrators needed somewhere to test the equipment we were going to take out. We actually built in the loosest terms a little golf course. We fabricated a green out there so we could test greens mowers before we took them out. We knew its possibilities, but several years later it turned into what we see out there today, which is a fantastic facility.

"It needs to simulate the best it can a proper golf course because they are trying to gather data and information that will be taken forward into the real world. Because of that our aim is always to keep it as close to a commercial golf course as possible."

"To do that we use traditional methods just applied in a slightly different way. We aren't under the same pressures that you would be at an ordinary golf course. We haven't got a society of 60 or 70 people teeing off at eight o'clock, so it's easier to manage in that way. Because if you've decided you're going to do that job today, you can get on and do it, there's no reason you shouldn't apart from perhaps the weather."

The three-hole course and adjacent football pitch were constructed using as much of the natural materials as possible whilst introducing a new body of open water. Having been constructed and operated in an environmentally conscious way, the course was certified by the Golf Environment Organisation (GEO) in 2010, and operating in that way has continued with the focus now turning to stop the use of fungicides on the site.