Reesink Turfcare has announced the retirement of its national sales manager Jeff Anguige after 21 years working with the Toro UK distributor and its predecessor Lely UK, and a total of 46 years serving the turfcare industry. 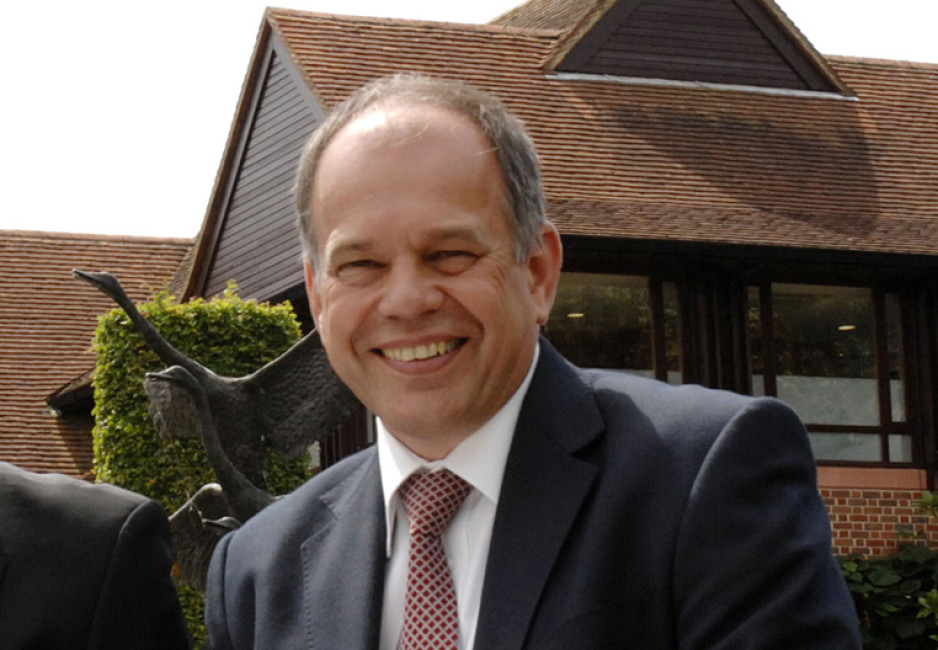 Jeff Anguige retires from Reesink after 46 years in turfcare industry.

Jeff, 63, began working in the industry straight after leaving college, learning the business working at golf and grounds dealerships and turf machinery manufacturers such as Ransomes. In 1999 he joined the then Toro UK distributor Lely UK, with headquarters at St Neots, Cambs., as national Toro sales manager, responsible for spearheading sales of its golf course and sports turf maintenance machinery.

At Lely, and latterly Reesink, he has played a leading role in helping develop the Toro name and reputation for quality products that today sees it as the market-leading brand it has become.

It is, he says, his biggest career achievement: "Toro has been the constant in my working life at Lely and Reesink," says Jeff. "For over two decades I've worked with a brilliant team to help it grow to where it is today - in my view, holding the number one spot for quality with its reputation preceding it.

"I've always had total belief in Toro. So many of my career highlights have come from witnessing how Toro has made such a huge difference for our customers. How it has greatly improved the quality of the golf course, made tasks easier for the greenkeeping team or solved a particular problem. In my time I've seen Toro go to the top of not only the golf industry, but the sports sector and other fine turf sites, too. It's now at a point where around 80 percent of Premiership football clubs, as well as other major sporting venues in, for example, cricket, rugby and tennis, also use Toro."

Jeff has seen many big changes throughout his time in the industry. Among the biggest, he says, is the way in which clubs now buy their machinery. He says: "When I started, people tended to get their cheque book out and buy one piece of equipment at a time, outright. Now the majority of customers invest in fleet deals on finance. It gives the option to have more machines straightaway for the same level of investment, as well as the latest technology to maintain playing surfaces. The upscale is huge, as is the improvement in quality of playing surfaces. It's certainly a very different market to when I started, and very much for the better."

David Cole, managing director at Reesink, pays tribute to Jeff and the instrumental role he's played with the company: "Jeff has been at the forefront of the Toro equipment success for over twenty years and his focus and dedication will be challenging for the business to replace. I am sure that the extensive contacts and colleagues Jeff has built up during his time in the industry will want to join us at Reesink in wishing him all the very best for a well-earned and enjoyable retirement. Jeff will always be able to look back with pride on his role with the Toro brand, as a job well done".

Jeff plans to spend his retirement in his native Yorkshire, where he lives in Gomersal with his wife, Julie, enjoying time with his family and grandchildren - and, of course, playing golf!

A man who enjoys huge respect and fondness from among his many friends and colleagues in the industry, Jeff says: "I've thoroughly enjoyed working in the industry and am delighted to have been a part of it. It's a relationship industry and I've gained friends for life. I believe it still offers great career opportunities for young people and will watch with interest as the next generation comes through.

"Despite the current difficulties presented by Covid-19, I'm confident that Reesink, Toro and the turfcare industry has an exciting future," he says. "Yes, there will be challenges and changes ahead, but also plenty of opportunities. I wish it and all my friends and colleagues in the industry every success for the future."