by Liverpool Express
in Synthetics and Football
on 17 Oct 2018

A major new community sports complex has opened its doors in Liverpool. Jeffrey Humble Playing Fields has become the first facility in the city to open as part of a £20m, four-site development project. 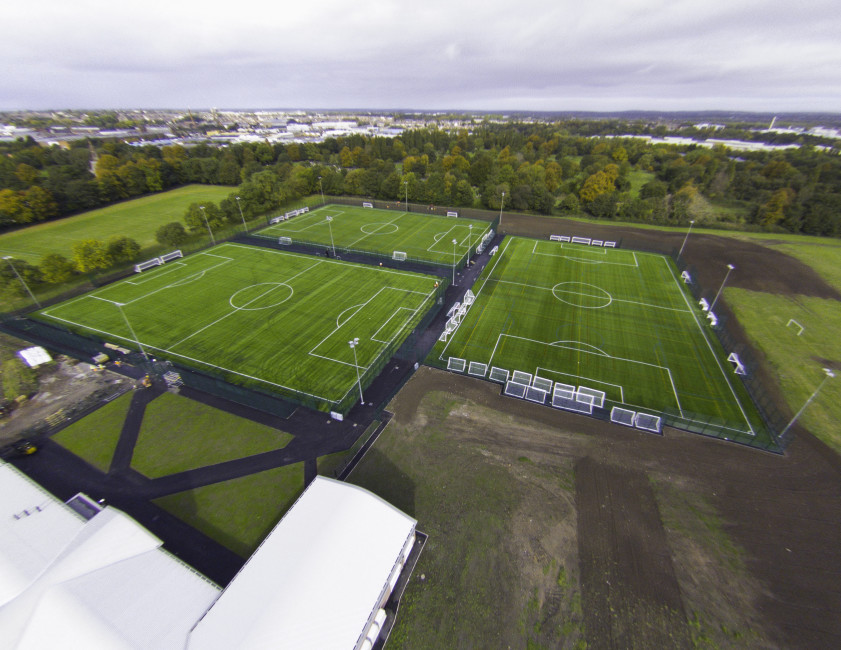 The new facility, which is part of the 'Parklife' project, features three floodlit third generation (3G) artificial grass pitches (AGP), male and female changing facilities, car parking and an 80-station gym, with group exercise classes available as part of the £20m development across Liverpool. Jeffrey Humble Playing Fields will be the home for the Walton and Kirkdale Junior Football League - one of the largest junior leagues operating in the city.

Parklife is a five-year commitment to building multi-pitch hubs across towns and cities in England with the aim of raising playing standards and opportunities for all. Introduced in 2016, the £200m programme is a national scheme whereby councils, local football leagues, the Premier League, The FA, the Government, the Football Foundation and Sport England work in partnership to address the issue of poor pitch quality. It is delivered by the Football Foundation, the country's largest sports charity.

With nearly 1.8m people participating in some form of football weekly, the aim of the Parklife Programme is to increase the number of 3G AGPs, facilities and participation programmes available across the country. The programme puts particular emphasis on funding in areas where pressures on the local game are greatest.

Overall, the Parklife project in Liverpool will see the creation of 12 floodlit 3G AGPs, as well as health and fitness and coaching facilities across four different sites - representing a major overhaul in grassroots football provision throughout the city.

Liverpool City Council worked alongside the Football Foundation and the Liverpool FA to compile a five-year Football Development Plan, which is a vision of how sport will be played on site with an emphasis on increasing participation.

It is anticipated that the new football hub at Jeffrey Humble Playing Fields will contribute to an increase of over 6,500 people playing the national game over the next five years, which represents a growth of 355%. Of this, a significant rise in the number of females playing football is predicted, with over 750 new players within this demographic creating an 810% boost.

You can read the full article from the Liverpool Express HERE