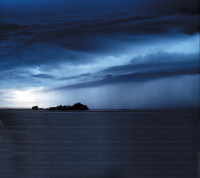 Government directives and the inconsistent appliance of compulsory competitive tendering have resulted in the erosion of traditional grounds maintenance skills in the public service sector. Parks, open space areas and school playing fields have suffered. In many cases council restructures have seen the demise of the parks manager, with responsibility for these important areas passed over to a different department with little affinity to parks and gardens. As a result, budgets get squeezed leading to the provision of substandard pitches and recreation areas.

From personal experience I know that many school playing fields and public open spaces have deteriorated badly in recent years, largely due to the lack of investment and the change in working practices. Little more is being done than mowing the grass and marking out pitches, with the odd bit of seed thrown on for good measure during the so-called renovations. 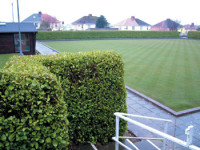 It is a worry. I recently heard of a council which gave up the management of its bowling greens as a cost cutting exercise, passing them over to local clubs to maintain. No budget has been handed over. What state will they be in in a few years time? And, just as important, think about the skills the council's fine turf teams have lost.

The knock on effect is already being seen; there are less people participating in outdoor sport, the fitness levels of children today is ever decreasing which, over time, will lead to a long term health problem for the nation.

We should be encouraging children and adults to use public open spaces by producing quality surfaces and providing the necessary resources to ensure these facilities are maintained to a standard to encourage their ongoing participation.

However, not all is doom and gloom. There are a number of local authorities still striving to maintain high standards and training their groundstaff to produce quality playing surfaces for their end users. One such authority is the States of Jersey Public Services

Importantly, they have managed to keep all their work in house. They have a traditional management structure, whereby a parks manager oversees all the operations on his/her site and each has his/her own in situ staff.

On a recent visit I met up with Steve Landick, the States of Jersey Fields Manager. He, like myself, had as a grounding the old parks apprenticeship, which was the standard training regime in the mid 1970's. Most people entering the profession underwent a five-year apprenticeship that taught the practical and theoretical side of the industry.

It was hugely successful in that there was the benefit of learning from experienced work colleagues in a hands on environment and, during the day release at college, there was the opportunity be learn the theory behind the practice. 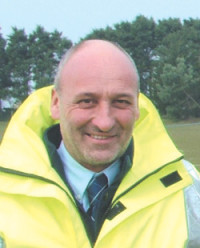 He is responsible for managing five main sites, with a total of ten groundstaff based on them. There are also five tractor drivers and two mobile groundsmen who carry out work on twenty school playing fields and eleven club pitches across the island. The section also helps out at the Jersey rugby club, the racecourse and the Horse Show jumping arena. The work carried out here is mainly renovation, spraying and vertidraining.

The tractor team also carries out a number of other tasks. This includes mixing and screening of top-dressing in the winter for use in the spring, landscaping work, skip / green waste removal from the parks section, delivery of equipment, road verge cutting and watering of trees and shrubs. A special task carried out by the team is the twice a year Branchage cutting of vegetation alongside roads and paths.

The remainder of the team form a floating mobile unit equipped with hi-ab's for carrying out project work and helping out on the playing fields as and when required.

Under Jersey law all hedgerows, banks and shrubs overhanging public roads and paths have to be cut back and cuttings removed. Branches must not be lower than twelve feet over roads or eight feet over footpaths. This work is usually done in the first weeks of July and September. If the vegetation is not cut back then the landowner is liable to a fine and, if the work is still not done, he/she can be referred to the Royal Court with the possibility of a jail sentence.

Monitoring is undertaken by members of the local Parish administration, there are 12 in all. On the day of the "Visites des Branchage, they drive around in a minibus measuring the height of tree branches overhanging the highway and inspecting the hedgerows to make sure they have been cut. The local "Ventenier" (honorary policeman) will then issue a penalty notice and fine to landowners who fail to comply with the law.

The States of Jersey team has two long arm McConnell hedge cutters with blower attachments to carry out this work. There are some 27 miles of hedgerows managed by the authority, the issue is not to start the work too early otherwise the re-growth could cause problems.

Each of the above facilities operates a shift system so at least one member of staff is on duty at all times. Opening hours range from 14 hours per day during the week and 11 hours at weekends. All the sites have floodlights allowing matches to take place in the winter.

Having seen at first hand the quality of work produced at each site and the devotion and dedication shown by all of Steve's staff it is not surprising that the sports facilities on the island are in such excellent condition and well used.

On the Pitchcare website, over the coming weeks, we will be taking a more in depth look at the Jersey sites and reporting on the way the teams manage their day to day maintenance issues. Being an island not all materials are readily available, soil quality and weather conditions (salt winds and high summer air temperatures) pose more than a few problems during the season.

I am sure there are lessons for other authorities. From my experience of this industry, we get out what we put in. Far too many sports grounds rely on goodwill, but there is a cost to producing consistent, quality playing fields. Time, training and money have to be invested if we are serious about increasing the level of sport participation and improving the health of the nation.