0 Jimmy the Mower 'heartbroken' by theft from van

A groundsman invited to Wembley because his tweet about cutting children's football pitches went viral has had his work van broken into and tools stolen. 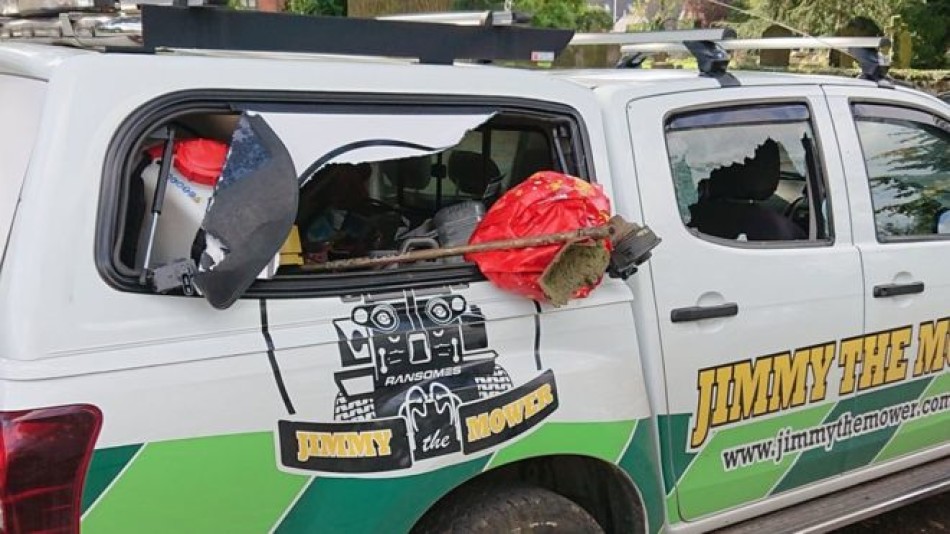 Jimmy Broadhouse, known as Jimmy the Mower, was tending a pitch in Pattingham, Staffordshire, at the time.

"It's just heartbreaking. "It'll end up with some kids not having their football pitches cut this weekend," Jimmy commented.

Jimmy cut the grass at Wembley in August after the tweet he shared of his work at a council field in Bilbrook, near Wolverhampton, was seen almost three million times.

His van was parked next to the village hall in the High Street when a colleague alerted him to some damage to the windows at about 13:30 BST on Wednesday.

He believes he is missing a selection of power tools.

"I'm not angry, I just feel really let down and upset. I'm trying my best to do what I can and this happens," said Jimmy.

"I'll just have to hire some tools to keep me going and get out on the road," he added.

Staffordshire Police confirmed it is investigating the report.