A grass cutter whose efforts in creating a pitch "fit for Wembley" for children has been invited to cut the stadium's pitch for real. 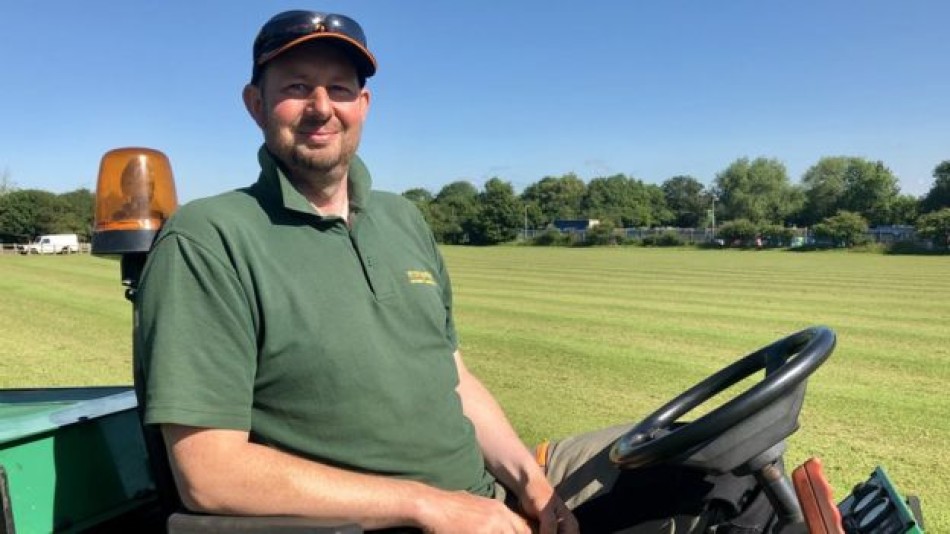 A tweet Jimmy Broadhouse shared of his work at a council field in Bilbrook, near Wolverhampton, has been seen almost three million times.

It also caught the attention of Wembley's head groundsman, who sent an invite to Mr Broadhouse, known as Jimmy the Mower, on Twitter.

"It is amazing," Mr Broadhouse said. "Isn't it every groundsman's dream?"

Karl Standley, the Wembley head groundsman who sent the message, has been approached for comment.

But in the exchange with Mr Broadhouse, he said he was "100% serious" about the offer.

Mr Broadhouse, from Ditton Priors, who runs Ditton Services, added he would "try to sort it for August when the mowing has slowed down a bit".

"I'm working seven days a week at the moment so it is just trying to find a time when I can get down there, but it is fantastic."

"When I saw the message I was so excited, I could hardly sleep."

The original post was massive with more than 43,000 likes and three million views.

Many people also shared their own proud photos of finely manicured turf.

Jimmy was deluged with comments and even offers of work.

"It's been really great," he said. "It has been so positive and uplifting, I'm really happy."

"And it really highlights how much these parks and open spaces mean to everyone."