by External source
in Equestrian
on 14 Jan 2017 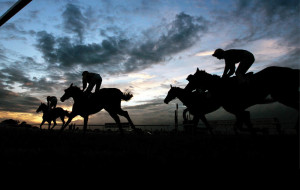 The Jockey Club has unveiled a programme of investments, stating it intends to contribute more than £500m to British racing over the next ten years. As part of the plans, Kempton Park racecourse is set to be sold for housing to enable The Jockey Club to build a new floodlit, all weather course - if plans are approved. A site at The Links in Newmarket has been suggested as the planned development site.

If plans are approved, The Jockey Club will be looking to ensure it generates in excess of £100m for investment in British racing. Racing is planned to continue at the course until at least 2021.

Sandown Park will receive major investment and also host a number of Kempton's past fixtures, meaning the Esher course will become the region's dual-code racecourse.

According to British Horse Racing, the commercial arm's investment plan will look to improve conditions for riders and racegoers, whilst also addressing financial support for horse welfare and the education of the workforce.

Roger Weatherby, senior steward of The Jockey Club said: "The Jockey Club is governed by Royal Charter to act for the long-term good of British Racing. We must show leadership with the assets we have and, where merited, take tough decisions to help our sport to keep moving forwards. The decision to submit our estate at Kempton Park for consideration in the Local Plan is unique and has not been taken lightly.

"Our board of stewards are horsemen and, having carefully considered what we can achieve in the long-run from doing so, are unanimously of the view that British racing is better served by us doing so.

"We will work with the British Horseracing Authority to seek to run some races, including the King George VI Chase, at Sandown Park. We plan to transform Sandown Park's facilities, utilise the latest advances in track technology and help bring a focus on it as London's premier dual-code racecourse right on the doorstep of millions of people, unlocking what we see as its great potential. Furthermore we will look to boost jump racing from its grassroots to the top end in consultation with horsemen and the wider industry."

Nick Rust, chief executive of the British Horseracing Authority (BHA), added: "We acknowledge and understand the reasons behind the Jockey Club's announcement earlier today. The BHA will work with the Jockey Club in the development of their plans, to ensure that the long-term interests of the sport - and its grassroots - are best served in the coming years, with a particular focus on safeguarding the future health of jump racing. It is early days yet, but should Kempton close, its jump fixtures will remain as jump fixtures.

"The proposed Newmarket all-weather track would need to go through the usual processes for the addition of new racecourses, which includes the submission of an application for approval by the BHA Board, and ensuring that the course would meet all the necessary licensing criteria."