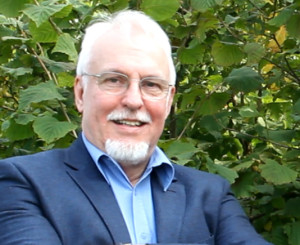 In Part 1 of this article, I described the 'Johari Window'; the creation of Joe Luft and Harry Ingham. The window they describe can really help us in the 'interpersonal relationships' area of our work. I promised, in Part 2, to give an answer to the ten tricky questions listed below.

1. How well do you get on with colleagues, customers and bosses?
2. How honest are they with you?
3. How genuine?
4. How fake?
5. If others thought you were rubbish, would they tell you?
6. If you thought other people were rubbish, would you tell them?
7. Would you give and take such feedback on these types of tricky issues?
8. Do people assume that you know all about your strengths and weaknesses?
9. Do you have blind spots and how would you know if you are blind to them?
10. Do you test the boundaries and the potential of your working relationships?

First, we need to acknowledge that Joe and Harry's advice - generally speaking - is that our work life will have a lot less stress and strain if we are mature enough to be OPEN with people about most things. Sometimes, of course, it may be wise to keep something HIDDEN until we feel able to talk about it and we have built up a lot of trust in a given relationship at work. Early in my career as a manager, I made a few mistakes trusting people that had not earned or did not deserve that trust. I found that, just because I was trustworthy, did not mean that others were.

What relationships at work are actually based on

- FEAR and DOUBT - They are afraid to speak about difficult topics to certain people at work because they, or others, have been sarcastic or critical in the past or, if raised, the remark has been 'held against them' later on

- DUTY and JUSTICE - They do speak, albeit very reluctantly, when others have been treated unfairly or unjustly in the workplace. In the turfcare sector, people are often very loyal to each other, particularly if it is felt that a colleague's gentle nature has been exploited by an unscrupulous person

- TRUST and RESPECT - They have been happy to speak about difficult topics - in an appropriate way - when there has been an acceptance that difficult things are not easy to talk about and, when they are raised, people have responded in an understanding and helpful way to them

When I have asked in the turfcare sector which of the above they want to be the hallmark of their relationships at work, the unequivocal response has been 'trust and respect'.

Positive answers to each of the ten tricky questions listed above can be secured if we have a 'feedback contract' with our work colleagues and our bosses.

A feedback contract is simply an agreement about how we give each other feedback on a day-to-day basis and when reviews or periodic appraisals are carried out.

A feedback contract can tell you how well you get on with colleagues, customers and bosses; it can stipulate that people are honest and genuine (and not fake) with you.

You can insist that, if others think you are rubbish, they will tell you about it in a respectful and helpful way - and you can do the same back to them!

Over time, if we have feedback contracts, we will test the boundaries and the potential of our working relationships. Fakes, whingers and cynics will be exposed and they will see that their negativity - and what they often refer to as their 'healthy banter' - will have no place in the team if it diminishes or disrespects the team or individual members of the team.

A feedback contract contains the ground rules that will apply if we are to be open and honest with each other and we are to build a working relationship based on trust and respect. I found that, if my relationships with my colleagues were based on trust and respect, and we were open and honest with each other, the work performance of the team and the individual members of the team dramatically improved.

I even had a couple of team members, both of whom were struggling with the higher level work I wanted them to do, stay in the team and force themselves to do better, even though they had firm offers of employment elsewhere. Out of concern for their plight, I even said they could move from my team with my blessing if it would make them happier.

Both declined my offer of a good reference and stayed (they said) because they did not want to lose what they had in our team. I believe they were referring to a relationship of trust and respect that had become well established in the team.

In a later article, I will look at the 'Ten ground rules for the turfcare team but, at this point, I would stress just one of them - always review, always give feedback. If this can be a ground rule that is observed daily, then feedback on the work we do and on the working relationships we have will become the norm - and performance and working relationships will improve.

You can still get some supervisory training this winter

If you are:
- Untrained as a supervisor
- Aspire to be a supervisor in the future
- In need of a refresher

The last of the four LANTRA accredited Pitchcare workshops this winter (that will earn BIGGA CPD points) and is relevant to you as a groundsmanor a greenkeeper will be:

You can take this workshop this winter and the three others next winter. You can join the hundreds of other groundsmen and greenkeepers who have been helped by Pitchcare to become key players in their own organisations.

For more details, including how to book your place on all Pitchcare workshops visit the website www.groundsmantraining.co.uk or contact Chris Johnson, Pitchcare's Training Development Manager at chris.johnson@pitchcare.com