by Seth Jones
in Industry News, People, and Machinery & Mechanics
on 09 Oct 2019

John Kinkead Sr., longtime head of Turfco Manufacturing and an innovator in the golf course and turf management industry, died on Oct. 1. He was 89 years old. 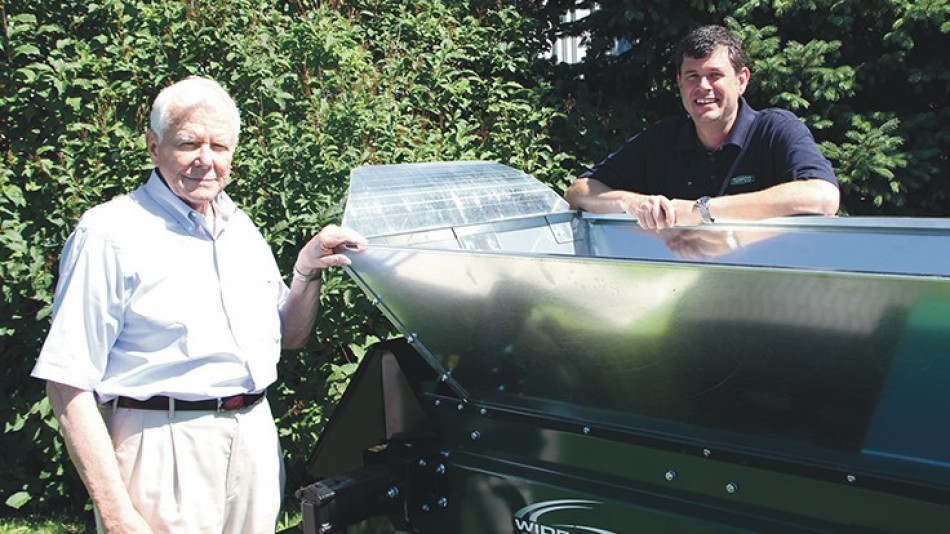 Kinkead will be remembered by those in the industries he loved - notably golf and turf management - as an innovator and as a person whose perseverance set the tone for how Turfco continues to collaborate with its customers in products and services today.

It was in that innovative spirit that Kinkead, working closely with local golf superintendents in the Twin Cities, invented the first mechanized top dresser, bringing top dressing into the 20th century. It was 1961, and until then, topdressing in the golf industry consisted of slinging sand from shovels across greens and fairways. While still working at National Mower, the company founded by his father Robert Kinkead, in 1919, Kinkead spearheaded the introduction of this, as well as other turf innovations at Turfco. He also launched a company called Kinco.

John lived to celebrate the 100-year anniversary of the family's continuous contribution and joy in working in the golf industry. He also raised the company to international prominence as an inventive manufacturer of commercial‐grade maintenance products for golf clubs, parks, agriculture, sports and landscaping, and held many patents.

"He would pack up the family station wagon with a disassembled mower, and travel for six weeks at a time to demonstrate the product and gain input. He had to reassemble it at every stop," said George Kinkead, president. Scott Kinkead, executive vice president, added, "That's probably where the idea of customer service became integrated into the fabric of our company."

Kinkead was a member of the GCSAA - Golf Course Superintendents Association of America - since 1956; Classic Car Club of America and Rolls Royce Owners Club, the GYRO, an investment club and the Informal Club. He served as a board member for the Carpenter Nature Center. He was a graduate of Saint Paul Academy and Washington and Lee Universities.

"His legacy is with us every day," said Scott Kinkead. "He made being a good and honorable man, a dependable friend and loving father and respected business owner look so easy." George Kinkead remembers the summers with his father. "He loved being at the family cabin on the St. Croix and hosted many picnics with neighbors, friends and family. He was a true gentleman with a sparkle in his eye and a kindness to all those he met."

Along with George and Scott, John's grandson John Kinkead, Jr. also works with Turfco. John is survived by his wife Judy, four children, eight grandchildren and one great‐grandchild. He will be missed by so many in the industry he knew and loved.