by External source
in People and Football
on 10 Dec 2019

John Stewart, from Laurieston, Falkirk, has been named the best groundsman in Spanish football in the year 2019 for his work on Deportivo Alaves' Mendizorrotza Stadium pitch. 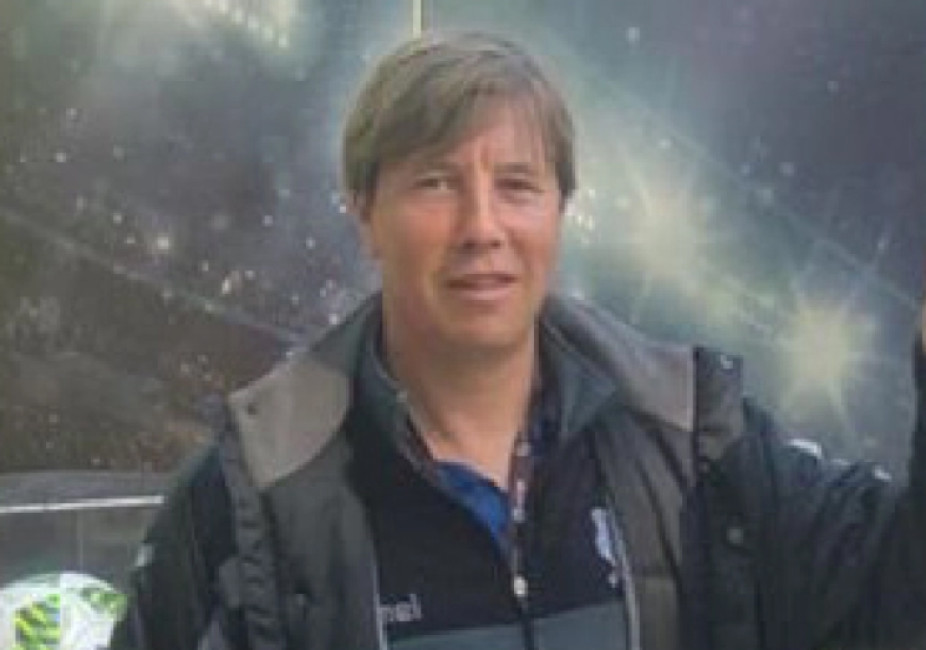 The 49-year-old was presented with his award and trophy at the annual La Liga greenkeeper's dinner in Madrid last week.

He told The Falkirk Herald: "It's fantastic to receive an award from people who know what they're talking about and what you are going through."

"The preparation to a pitch is what's key. We can cut it six times and line it two or three before a match - but there is a lot of pressure."

"You are dealing with a living thing and aspects out of your control, like the weather, can affect it."

"It was a lovely surprise to receive the award and it's surreal too. I was interviewed about it on the pitch on Saturday standing beside Roberto Carlos. You do get up close to a lot of big names."

John's Spanish story began a lot further away though - on the greens and fairways of the golf course in America - but he switched to football some ten years ago while in Spain. He took up the head greenkeeping role at Real Sociedad, later moving to Alaves, near his home in Vitoria which he shares with wife Maria and their two children.

Before moving away, John and his brothers Colin and Tom, were members of Wallacestone Pipe Band. Their father, also Tom - a retired local police officer - said the "whole family are immensely proud of what John has achieved".

Back home John also worked six months on the Falkirk Tryst course. Whilst in America tutoring piping and working on the greens, he befriended US Open winner Payne Stewart, playing the pipes at his memorial service and also at the funeral of Seve Ballesteros.

Meanwhile, Diario As in Spain comment - Green grows the grass in LaLiga

The recent rain in Spain has been ferocious for the time of year and looking at the pitches around the country calls into question that old adage that any time in the past was necessarily better, at least where football is concerned. When it rains like this, not so long ago football pitches were practically unplayable. Games were ugly and hard work, the players' legs were put through the grinder and the results were often left to the hands of chance. The ball had to be moved around with the tip of the boot and the players would end up so caked in mud that it was hard to tell the two sides apart. Those whose kits remained pristine were frowned upon, because they were considered unwilling to roll up their sleeves and get stuck in like their teammates.

It wasn't that long ago that games like that were played out, for example, in Ipurua, when Eibar were in the second division, and broadcast on cable television. Just a couple of weeks ago, Real Madrid visited Ipurua in the pouring rain and the turf was immaculate. As it was in Mendizorrotza more recently. As all pitches are everywhere, generally speaking. This lends itself to an attractive and exportable television product. LaLiga introduced a system of fines for clubs whose pitches were in poor repair and that resulted in the implication of systems to combat heavy rain. A layer of topsoil underneath the turf, with a layer of gravel beneath that for filtration, then stone and a network of pipes half a metre down to funnel away water. An operation like that costs in the region of 700,000 euros. And then clubs also started to employ specialist groundsmen, such as the Scotsman who tends the turf at Mendizorrotza, who is also a bagpipe player and performed at the wedding of Seve Ballesteros. Lights are used to keep the grass in perfect trim and the length of the blades is regulated. The days when tricks like watering pitches in the north or leaving them to parch in the sun in the south - or leaving the grass long to combat Barcelona's tiki-taka - are long gone.

Spanish football has refined itself through the rules and regulations imposed by LaLiga chief Javier Tebas, many of whose reforms are to be applauded. Heavy rain still breathes life into the Spanish countryside, fills the reservoirs and occasionally causes undesirable floods. What it no longer does is turn football pitches into quagmires.