0 Jonathan Gaunt under way with centenary project at Cavendish

Jonathan Gaunt is under way with a multi-year renovation project at Cavendish Golf Club in Buxton, England, to be completed in time for the club's centenary in 2025. 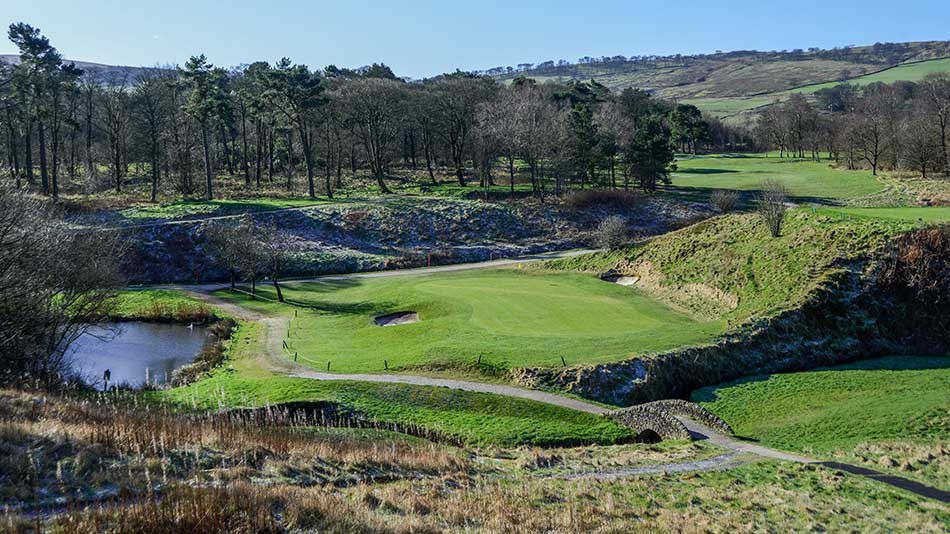 The club had been considering improvements to the course since 2011, when Gaunt prepared his first master plan for the greens committee.

"Their brief consisted primarily of undertaking a bunker remodelling programme, but also improvements to tees and drainage, to make the course playable year-round," said Gaunt. "At this time, a 'centenary project' wasn't mentioned because the club's centenary year, 2025, seemed so far in the future."

Cavendish's course opened in 1925 and was designed by Dr Alister MacKenzie, with wide and sloping fairways, carefully and strategically placed bunkers, water hazards and dangerous greens.

"The committee was aware of the course's design in terms of historic importance and the Alister MacKenzie legacy, but they hadn't really marketed this fact, or taken advantage of it," said Gaunt. "A more focused marketing campaign started in 2015 when Eddie Birchenough, former head professional at Royal Lytham and former caddie at Cavendish, approached the club with an idea to really push the MacKenzie connection. Articles followed and even a TV interview on CNN. This is what became the focus for the centenary project and the marketing team at Cavendish, led by Mike Watson, who was instrumental in an aim to implement the course improvements by 2025." 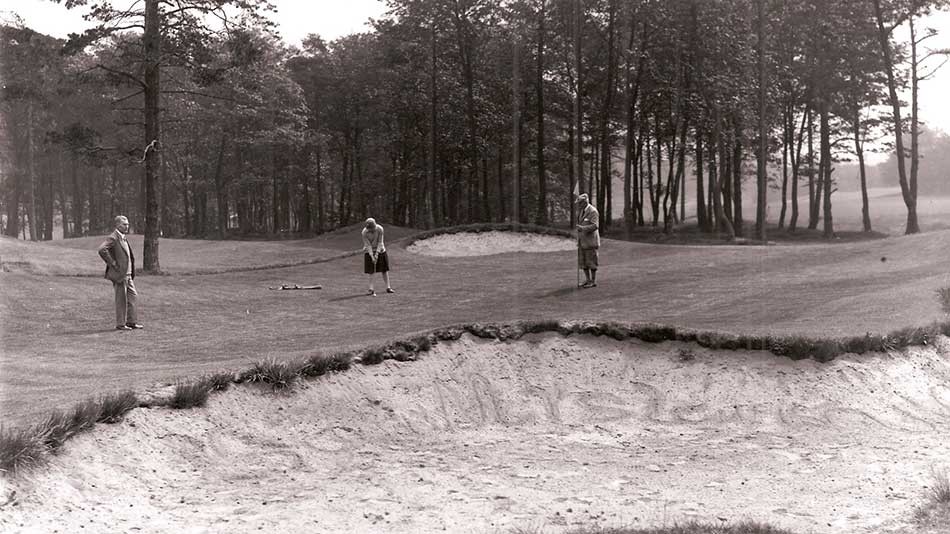 The multi-year project will see Gaunt remodel existing bunkers to a MacKenzie style, reinstate contours and shapes on greens, bring back lost pin positions, and thin out woodlands to reinstate forgotten vistas across the course.

Work has already started, albeit on a small scale. Gaunt said: "This is because the club has been in a tough financial position for some time - primarily due to dwindling membership, but also because of the extreme weather of 2019/2020, when storms and prolonged rain made the course virtually unplayable from August through to March - with numerous competitions and open events cancelled. Cavendish has always relied on green fee income and this had a big impact on the funding of the centenary project."

Added to this has been the coronavirus pandemic, which has further impacted on the club's finances.

The project has been costed through to 2028, with most bunker remodelling work being completed by 2025.

The first phase of the project has seen the successful implementation of a woodland management plan with work focused on holes ten and eleven. "These are considered to be MacKenzie's highlight holes - so much so that Tom Doak included the par-four tenth in his 'Eclectic 18s - the best 18 holes in Great Britain and Northern Ireland' in The Confidential Guide to Golf Courses, Volume 1," said Gaunt. 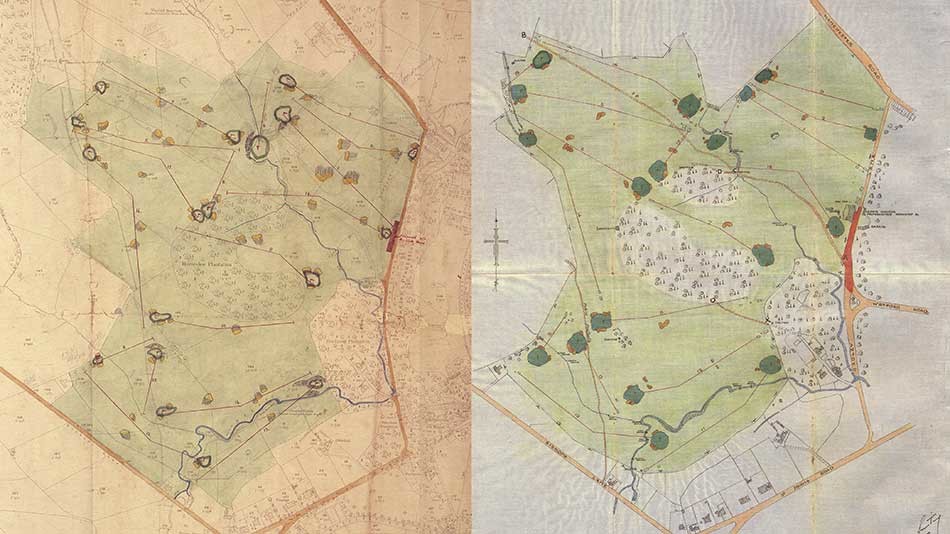 The River Wye flows alongside and across both the tenth and eleventh holes and winds its way towards the Georgian spa town of Buxton. In January 2020, the process of opening up the view of this feature began with the clearing of scrub and non-native trees and shrubs.

"The tenth hole is now much improved visually, and the view has been opened up to give a glimpse of the green from the tee, but more importantly, the steep escarpment flanking the left edge of the fairway leads the eye and focuses the mind," said Gaunt.

"The next phase of woodland management will involve Horseshoe Wood alongside holes six, seven and seventeen. The woodland has Tree Preservation Orders within it, but we have applied to the Forestry Commission for permits to undertake selective felling of sycamores, limes and other non-native species. The main focus in this part of the course will be to open up vistas and clearings and to encourage the beech and pine to predominate. For the long term, course manager Warwick Manning is aiming to improve air circulation, reduce shade and increase light levels on the adjacent greens."

"Other areas of the course were planted up in the 1990s, as were many other golf courses in the UK, using funding from the Forestry Commission via the Woodland Grant Scheme," continued Gaunt. "As a result, there are many woodland plantations that have grown remarkably well - as would be expected where the average annual rainfall is over 1,100 millimetres - but the trees are now too densely packed and need thinning out to encourage the best specimens- oak, beech, pine - to thrive and flourish. This work will be done over the course of the next five winters." 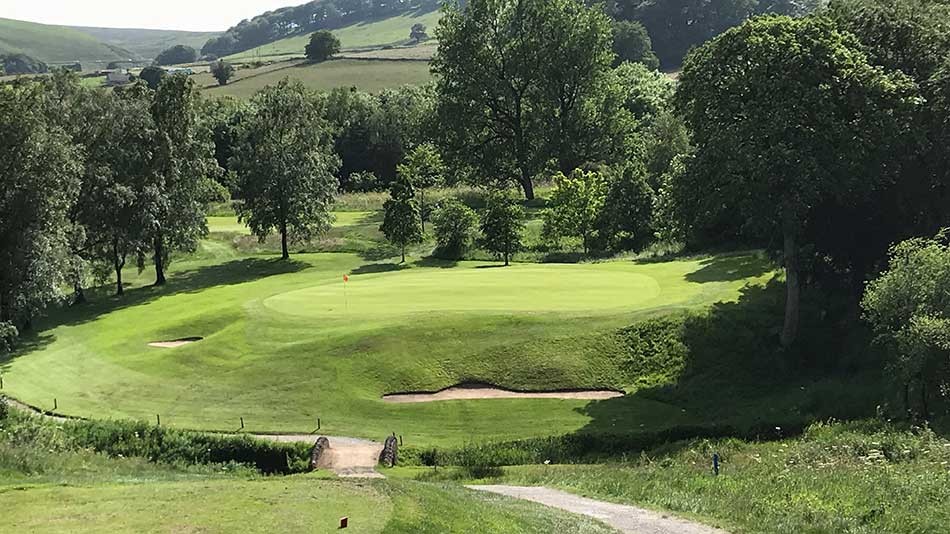 Work on bunkers will be the main focus from 2021, with Gaunt and the greens committee working together to find the best solution for the club.

"We have excellent photographic reference as the course was photographed at the time of opening, so we are able to use this excellent archive as an influence," said Gaunt. "However, we cannot lose sight of the fact that this is a golf club that has limited funds to maintain the golf course as a whole and there are only four greenkeepers.

"Consequently, we will not be following the current trend of creating fiddly, rough-edged bunkers that become unkempt and difficult to maintain, as has been seen at many other historic courses. Equally, we will not be copying the style that has established at Augusta National, which, in my opinion, isn't true MacKenzie. The styling will be focused upon visibility from tee to fairway and from fairway approach to green. MacKenzie wanted his hazards to be visible to the golfer."

New bunkers will be installed with lining material that ensures longevity, consistency of play and maintainability. "What is exciting is the opportunity to reintroduce some of the old original bunkers that were filled in during the 1950s and 60s - these hazards will begin the path towards bringing back MacKenzie's legacy," said Gaunt. 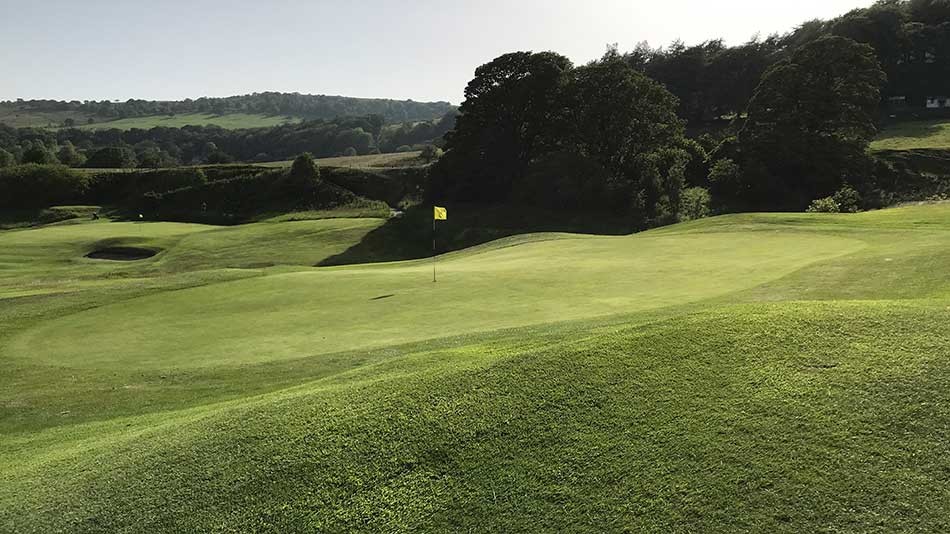 Gaunt plans to bring back lost positions, including at the fifteenth. Image: Bob Atkins

The architect has been a member of Cavendish for over 10 years. "Every time I play the course, I find something different about it," said Gaunt. "This is what makes golf at Cavendish fun. I joined the club as a reasonable seven handicapper and I am now 9.6, so I can only count on one hand the times I've actually scored well and that's for many different reasons. Admittedly, I only play the course about a dozen times a year, and I don't get the chance to practice much, but the course at Cavendish is forever different.

"The open moorland character of some holes continues to confound, especially when the wind blows, but the secluded, more sheltered sections in and around Horseshoe Wood lull you into a false sense of security. The course, at 5,800 yards, may seem like a bit of a pushover, but at par 68 and with only one par-five [the fourteenth], there is no let up. You cannot lose focus - and that's before mentioning the amazing undulating greens, which are the most authentic examples of MacKenzie's work I have seen anywhere. Thankfully, course manager Warwick doesn't believe in humiliating golf club members or visitors, so he's unlikely to allow them to run much faster than 9.5 feet on the Stimpmeter.

"As we progress through the centenary project, we will surely see opportunities to make the course better than it already clearly is - maybe widening a green approach or a fairway landing area, here and there, or creating a run-off flanking a green. These refinements are just grass-cutting and not costly, but it takes imagination and a course manager who has a similar vision. No golf course architect can achieve a great solution without full commitment of the course manager and his team. At Cavendish we have this."