0 Junior footballers are pitch perfect after work to ground 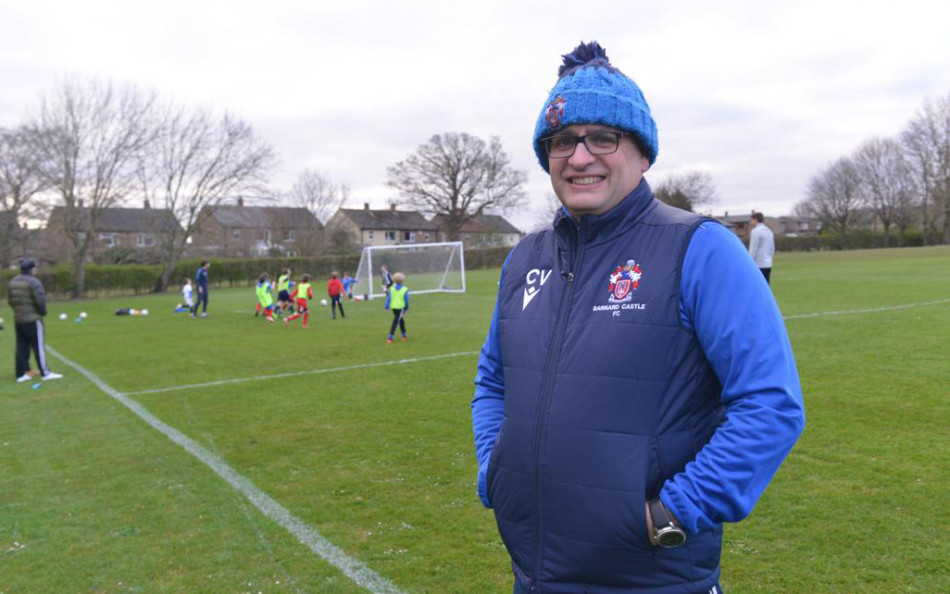 The club's fields at Green Lane Primary School were so prone to waterlogging that matches were often postponed or moved to the less-than-ideal five-a-side pitch at Teesdale Leisure Centre.

However, the expertise of former Sunderland AFC head groundsman Gary Ventress, thanks to cash from the Football Foundation, saw the club's 100-plus young players take to pristine pitches for practice last week.

The groundskeeper has not only plied his trade at Sunderland's former Roker Park stadium, but has overseen the surfaces at Darlington and York football clubs.

The opportunity to get help from the expert came about when club volunteer Gareth Leonard approached the FA about funding for a third-generation synthetic turf pitch but was instead referred to a scheme aimed at improving grassroots football fields.

Mr Leonard said after an inspection by the Football Foundation the club's pitches were considered "basic" and, after a successful application, was awarded £44,000 over four years.

He added: "Basically it has been looked after as if it was a park, not a football pitch."

Despite only working on the fields for a few weeks the transformation worked by Mr Ventress has been described by club officers as superb and brilliant.

Coach Darren Harrison said: "They are the best they have ever been.

"I played on these fields 35 years ago when I went to school here and it has never looked better. The pitches are flat and even. We are going to be the envy of the league."

Club secretary and under 13s coach Chris Vasey is particularly happy that the pitches have not been replaced with synthetic turf.

He said: "I much prefer them on grass. It is all about the drainage. It is a science, I have discovered - it is not just about cutting the grass."

Mr Vasey is also thrilled that the volunteer coaches no longer have to mark out the pitches, because that is now covered by the groundsman.

He said: "We had to learn geometry as well. We didn't do a bad job, don't get me wrong, but it saves us a lot of time."

Now the club's officers are looking forward to the start of the league this weekend when they can show off their perfect fields and they are expecting to get crowds of supporters. Mr Vasey said: "The whole thing is looking a lot better.