Over the last 10 years, Kedleston Park Golf Club in Derbyshire, England, has adopted a strategy of continuous improvement for its golf course and facilities. 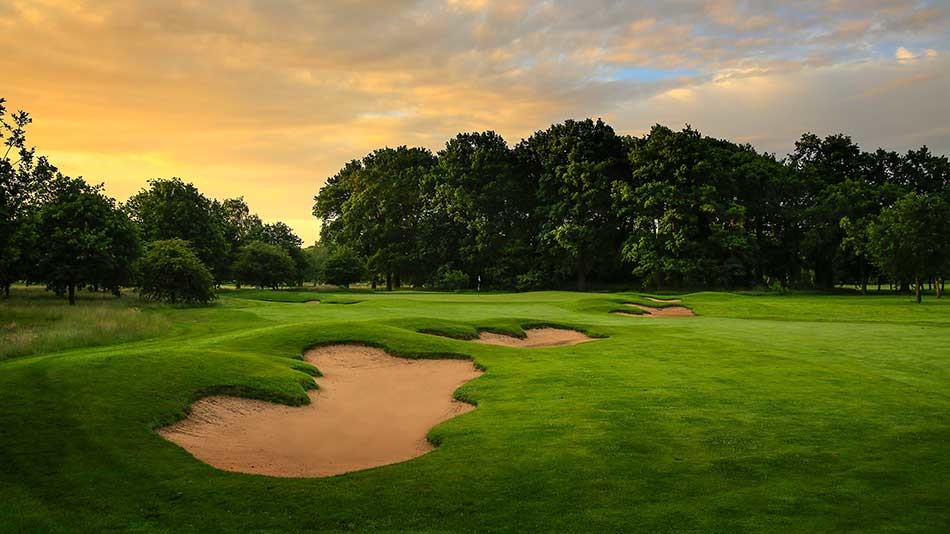 Kedleston Park has completed multiple projects since 2013 in an effort to improve the golf course and facilities Image: Kevin Murray

This decade of work came after former professional golfer-turned-architect DJ Russell completed a renovation project in the late 1990s that included the introduction of several new holes. Three more projects followed in the space of five years. Mackenzie & Ebert oversaw a three-year bunker renovation that began in 2013; in 2014-15 the club built a short game area with a USGA specification green; and in 2018, a driving range with six bays and a teaching area was built by Golf Driving Bays.

The positive impact of those projects has already been felt, with Kedleston Park hosting regional qualifying for The Open, becoming a finalist in the 'Championship Venue of the Year' category at the England Golf Awards in 2019 and, more recently, hosting a Faldo Series event.

In April 2020, when the UK went into its first national lockdown, which included the closure of golf courses, Kedleston's general manager Robert Simpson said the club entered "survival mode".

"We recalibrated the budgets to make sure that the club could survive and obviously, when golf reopened in the summer, like many clubs, we got a bit of a boom," said Simpson. "We took various measures, including following advice from BIGGA [the British and International Golf Greenkeepers Association] to have three greenkeepers during lockdown. But as soon as we could get our full 10 back, they were back in."

Having experienced a better year than they originally forecasted in April 2020, the club brought in Mark Ganning, northern Europe area manager for Hunter Industries, to discuss irrigation upgrades.

"Our irrigation system was 20 years old," said Simpson. "We'd put new pumps in, but it was becoming difficult to control the water. It was getting difficult to differentiate between the greens and the amount of water that was going on as some greens that are exposed need more water, while some are sheltered, and need less.

"There were also issues with exposed greens during windy conditions: water from the sprinklers was being blown in the rough. Although our irrigation system was working, it wasn't working to the capabilities that the greenkeepers wanted."

In November 2020, Kedleston's committee approved a project to complete irrigation upgrades throughout the course that would cost around £200,000, which the club could fund without any borrowing.

"Head greenkeeper Mark Hillaby provided input throughout the project," said Simpson. "He identified the need to upgrade the system, contacted suppliers and worked very closely with the contractor, Irrigation Control.

"They had a window at the start of 2021 and when that coincided with the UK going into its third national lockdown, we took advantage of our course closure and started the project." Hunter Industries and Irrigation Control began the three-month project on 5 January 2021, upgrading the irrigation control system to Hunter's Pilot Command Center Software. "The new system is highly intuitive, and it effectively manages all aspects of course irrigation with only a few clicks of a mouse," said Ganning.

"Mark oversaw the irrigation project from conception right through to the delivery," said Simpson. "He was here, boots on the ground, making sure everything went as it should do."

The project did not have the easiest of starts when Derbyshire experienced one of its wettest Januarys in recent years.

"Although we had a wet start, we were lucky that all the ducks came into line, because Irrigation Control had a free golf course to go at," said Simpson. "They didn't have to work in a certain order to reduce disrupting the golf."

Hunter GT-885D golf rotors were installed on all greens and approaches. "These individually controlled rotors deliver unmatched distribution uniformity while ensuring that routine maintenance remains fast and efficient, with no disruption to the surrounding turf due to the rotors TTS [Totally Top Service] feature," said Ganning. "Highly robust I-20 rotors and multi-stream, multi-trajectory MP rotator nozzles were also installed outside the areas of play on tees to maximise water savings and ensure healthy consistent playing surfaces."

Work was completed on 20 March, nine days before the golf course reopened to members following the lifting of coronavirus restrictions in the UK. Testing of the new Hunter system was also completed, fine-tuned and a hands on training session was conducted with the greenkeeping staff to show them how to change, repair and calibrate the sprinklers.

Ganning says the upgrades to the irrigation equipment has ensured reliable performance across the system, uniformity across greens, tees and playing surfaces being the main beneficiaries.

"The new Hunter system has drastically reduced the previous high manual watering requirements and allowed greenkeepers to relax, knowing that irrigation is safely and efficiently controlled," said Ganning. "This means they can spend more time working on course maintenance to ensure an excellent playing experience for golfers."

"Since reopening we've had quite a lot of plaudits for our greens," said Simpson. "The irrigation system will help us to maintain that, especially through dry periods.

"Members will also see benefits on the aprons. And we've also done the tees, which was another reason why we went ahead with this project: we have quite a lot of tee surface and, previously, the sprinklers were in the middle of the tees, which was a waste. Now, they are outside, which gives us scope to start levelling them, so the playing surfaces become a lot better."

Kedleston has kept an awareness of its course's heritage throughout this project and the past decade of work, ensuring its original 1939 James Braid design - which was completed by John Morrison of the Colt, Alison & Morrison firm in 1946 - is respected.

"We are investing as much as we possibly can to make the golf course the best it can possibly be while being mindful of the course's heritage," said Simpson. "It needs to keep the characteristics of when it was designed but with a modern outlook."

The club is already looking at what to improve next. It has a five-year plan that includes collaborating with the National Trust and Natural England on woodland management, as well as potentially building a reed bed for a washdown area, upgrading the greenkeepers' facilities and a grass practice area for members and tournament players.

Simpson said: "The plan is purely to keep making the golf course and the facilities better and better."