Ken Moodie has completed the first phase of a six-year renovation project at Pleasington Golf Club in Blackburn, England. 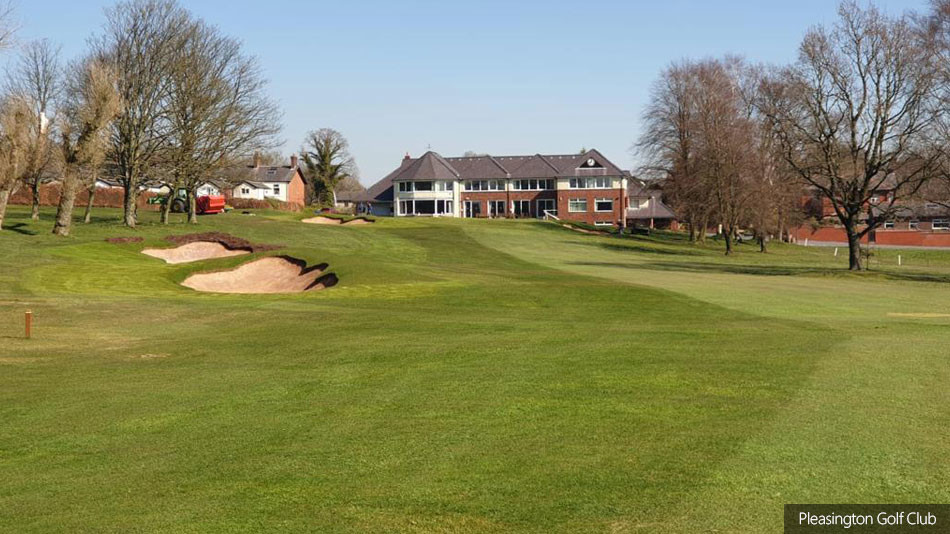 "Most of the work is aimed at improving the playing strategy of the course for today's golfer and restoring its heathland character, where this has been lost," said Moodie. "It will involve some tree removal and heathland regeneration. We also have proposals to reshape fairways on a couple of blind holes to make them more enjoyable and fairer to play, including a split fairway concept for the sixth hole."

Three holes are being tackled each year, with the first phase involving work on holes twelve, sixteen and eighteen.

Construction began in October 2019, with earth movement and shaping completed in November, and finishing work continuing for a further month. Midland Contractors oversaw earthworks and shaping, while the club took charge of bunker lining, drainage, turfing and some soil preparation work.

"We have lowered the ridge on the par-three sixteenth to provide a better view of the green, which sits in a bowl," said Moodie. "We have also extended the green to the back right. The bunker, which sat on the right side of the green, has been remodelled to cover the sightline to this extended putting surface. The two bunkers to the left of the green have been replaced with a larger bunker at the front and a grass hollow at the back, providing an alternative hazard, and better access onto the putting surface to help spread wear." 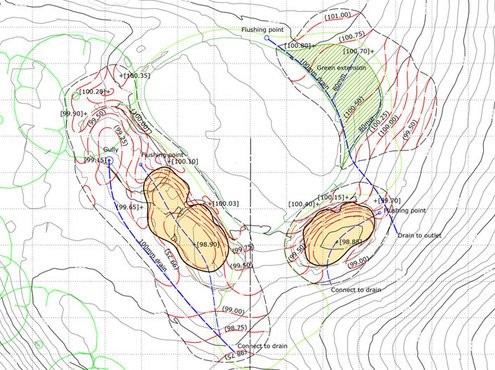 On the sixteenth, bunkers have been remodelled and the green has been extended

Bunkers have been lined with fine sand from a quarry within the golf course, and by mixing it with a soil-stabilisation compound, to give it a clean base and to prevent stone contamination.

"On the eighteenth, we have removed some trees which created a forced dogleg on this mid-length par four, and replaced them with two bunkers a little further on to provide golfers with more options for their tee shot," said Moodie. "This hole used to be too easy for the better golfer and more challenging for the weaker player. Now golfers can either try to skirt close to the right side of the first bunker to find a good angle for the approach shot, or to try and carry the bunkers which sit on a diagonal, increasing in distance the more they cut the corner.

"The greenside bunkers have been remodelled on the right and one of the three removed on the left. The first left bunker has been cut more into the ground to allow a golfer to see more of the pin and catch a view of the bunker which lies beyond it as you approach the green. The back six metres of this very large green was removed and replaced by a hollow to allow the terrace in front of the clubhouse to be extended."

The coronavirus has impacted the second phase of the project with Moodie doubtful that construction will resume this year.

The next phase was scheduled to start in late September and was intended to include improvements on the first three holes, but Moodie has been asked to hold off on detailed drawings for now. The work will include new and remodelled bunkers, and the reshaping of the banks of the third green to form a better run-off area.