Cecil "Sammy" Fidler, who died last month aged 82, turned up for his job interview on a tractor and went onto to become one of the best known faces around the St Lawrence Ground in Canterbury. 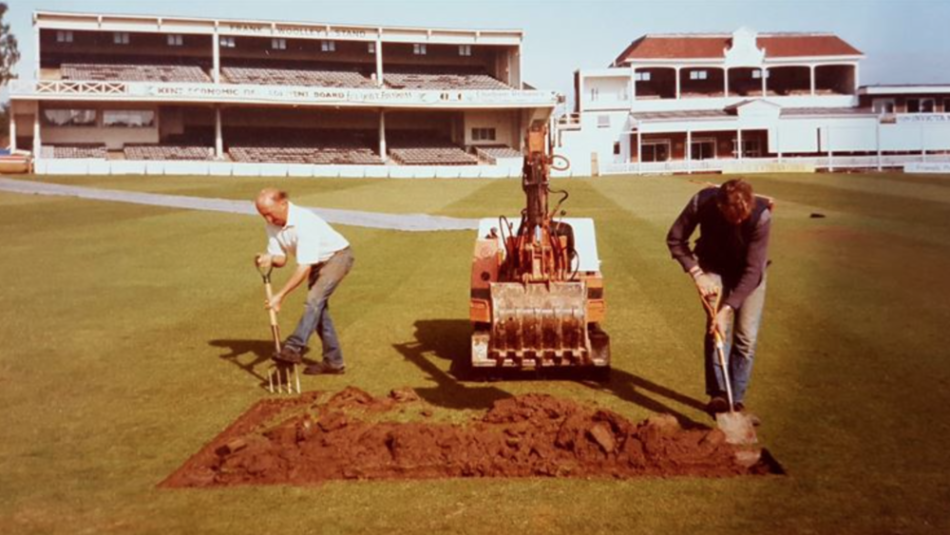 With his distinctive nose and bald head, Cecil "Sammy" Fidler was as distinctive as some of the cricketing greats he prepared pitches for when Kent was littered with test internationals like Derek Underwood, Mike Denness, Alan Knott and Asif Iqbal.

He had worked for Canterbury City Council until the late 1970s, when he was offered an interview by former Kent Cricket secretary Les Ames.

Arriving on a tractor, he was offered a job, and went to work with head groundsman Brian Fitch until stepping down in the early 1990s.

Mr Fitch said: "Sam was a very good assistant and a real character. He would come in at all hours to check on the covers and work on the ground.

"He would usually look after the outfield and practice square and maintain the stands - tidying up and putting out chairs before matches. He was known all over the circuit.

"He was different and had a great relationship with Kent players and the opposition.

"He would clean the players' pads and boots like a dressing room attendant - we didn't have them in the early days.

"We had one tractor and four mowers and had to move the covers on our own."

Former Simon Langton schoolboy Dominic Potts was a regular visitor to the ground. The 42-year-old said: "We often went into the ground after the tea break to watch the first eleven.

"Sammy was just one of those faces you always associated with being at the cricket.

"If he was in town, you would always point him out that he was one of the groundsman from the cricket.

"We worshipped the cricket club as kids and Sammy was part of the furniture there."