0 Kew Gardens jobs to be axed in £5m shortfall 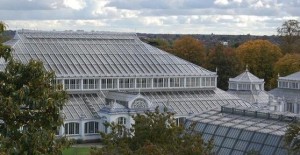 Kew Gardens jobs to be axed in £5m shortfall

About 125 jobs could be cut as the Royal Botanic Gardens in Kew, west London, faces a £5m shortfall in revenue in the coming financial year.

Kew Gardens said it had been facing "significant financial challenges" over the last few years and it was working on strategies to boost income.

But trying to fill the shortfall by a third will mean "changes in staffing" for the 750 people working there.

Compulsory redundancies would be a "last resort", a spokesman said.
Visitor at Kew Gardens Also known as Kew Gardens, the site is on the World Heritage List

The news of job cuts comes as the site saw a 29% rise in visitors last year.

In a statement, the Royal Botanic Gardens said: "We aim to fill roughly a third of the shortfall next financial year through income growth.

"We will be working with staff to explore all options including schemes for voluntary exits, reduced working hours and unpaid leave, before moving on to consideration of redeployment, voluntary redundancies or, as a last resort, compulsory redundancies."