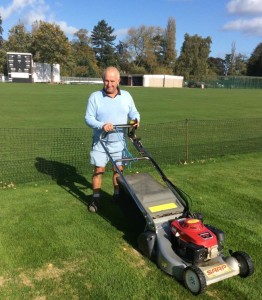 Kidderminster Cricket Club is officially the best ground in the Birmingham and District Premier League for the third year running.

The Chester Road outfit again earned top marks from umpires this year for both pitch and outfield.

Groundsman Chris Longmore, who as a result wins the Birmingham League Groundsman of the Year title for the third consecutive year, said he was "delighted" his hard work had paid off.

He added: "I have been associated with this club for 57 years and groundsman for the last four seasons. We have a packed programme of cricket throughout the season from juniors to county and international games and it is a task and a half to ensure the wickets and outfield are in top condition. I am thrilled that yet, again, this has been acknowledged by the umpires."

Club chairman Les Vincent said: "We are extremely proud that Chris has been recognised in this way. Receiving the award for the third consecutive year is testament to his knowledge and hard work in making sure the Kidderminster ground provides the best conditions for established and up-and-coming cricketers to show their potential.

"His endeavours are not confined to the first team square, but also to our second square, where our juniors play, and where they can also be safely introduced to senior cricket."