Eddlewood Bowling Club continued their long-standing support for Kilbryde Hospice by supporting the charity at their popular International Bowls Competition. 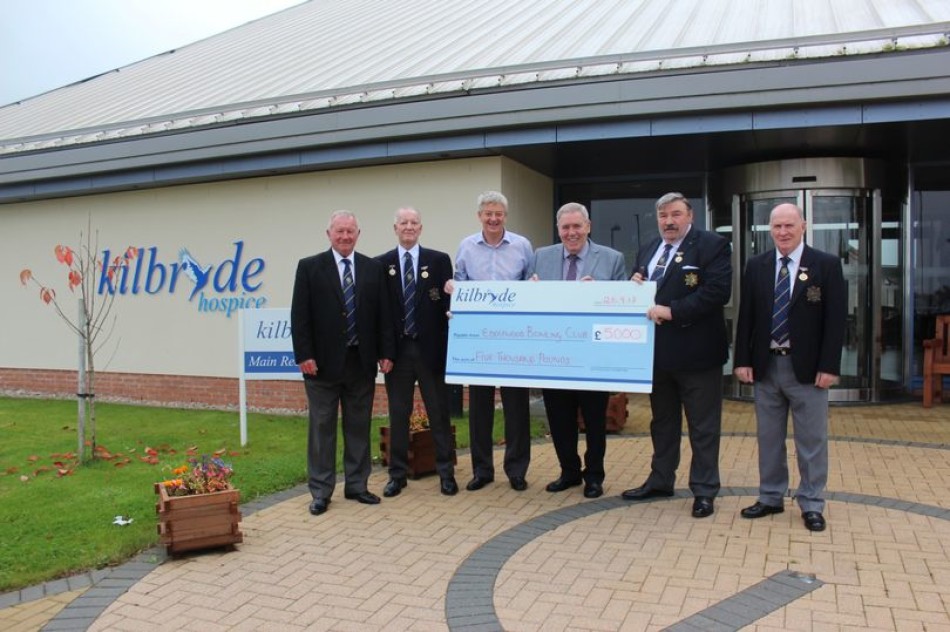 The total raised from the annual event has now been announced, and an incredible £5000 was collected.

Over 200 people took part in the fundraiser that was attended by competitors from across Europe and international champions including record-breaking six-time world champion Alex 'Tattie' Marshall.

Eddlewood greenkeeper Alex Watson, a volunteer ambassador for Kilbryde Hospice, said: "It was such a fantastic day, great weather and atmosphere.

"So many generous people came along to support us and the hospice, and we were delighted with the amount raised."

The bowls competition is held in memory of one of the club's founding members, Peter Conway, who passed away in 2004 of pancreatic cancer.

Ever since, the club have been fundraising for Kilbryde Hospice - raising nearly £100,000 in total over the years.

Kilbryde Hospice fundraising manager Lesley Wiggins said: "It was a fabulous event, so well organised and everyone I met was very accommodating and friendly.

"All of us here at Kilbryde Hospice are so grateful for the support of Eddlewood Bowling Club.

"Well done to the team at Eddlewood Bowling Club for their fundraising effort - what an achievement!"

Kilbryde Hospice provide care and support to people in Lanarkshire with life-limiting illnesses, and extend this support to their carers and loved ones too.