Kings Golf Club have hired two apprentices as it has increased the number of employees to maintain the course. 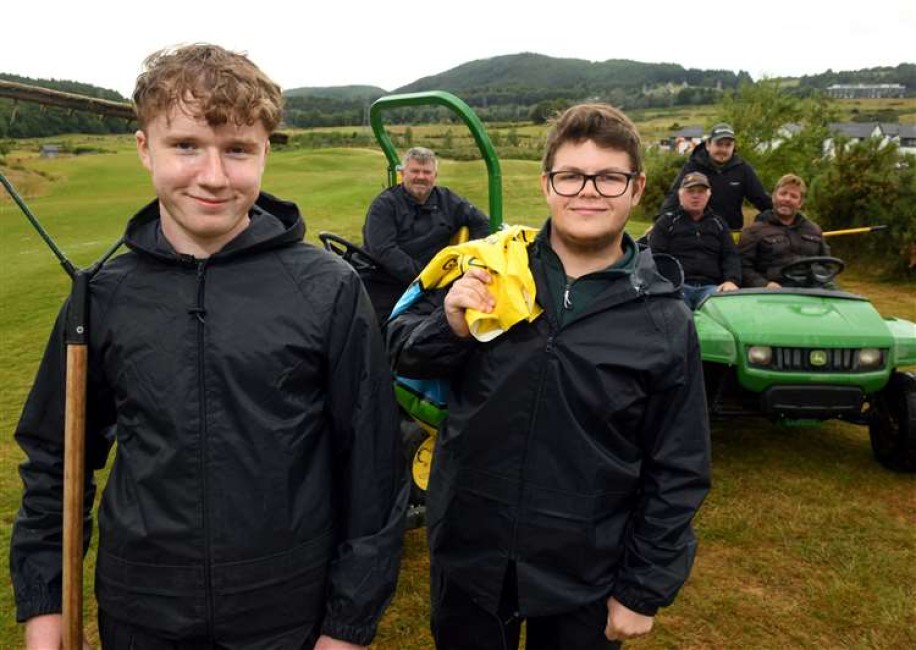 School leavers Finlay Brooman and Owen Laird have joined the golf club's greenkeeping staff which has grown from four to six.

The pair have started a two-year apprenticeship in conjunction with a college course at SRUC at Elmwood in Fife.

Kings Golf Club vice-captain Andrew Stokes says it is the next step in the club's plans to increase its number of staff at the course, which officially opened in 2019.

"We advertised the vacancies through the school channels. We wanted to give youngsters the chance to learn qualifications while gaining work experience here."

"The apprentices will also take part in a distant learning course with SRUC while working with the head greenkeeper. The course will mostly be done remotely and will give them the chance to gain qualifications."

"During their apprenticeship they will learn about standard greenkeeping, how to maintain grass, patterns, repairs and general maintenance."

"They will learn about all aspects on how to maintain a golf course as well as the economy of the course which will lead to them becoming a qualified greenkeeper."

"After their apprenticeships, there will be the opportunity to lead to further qualifications if they wish to do so."

Kings Golf Club has been operating for three years since it was transformed from the previous Torvean Golf Club.