Kingsbarns Golf Links has released details of a record-breaking year at the famed Fife course. During the 2018 season, the celebrated links welcomed more guests than ever before and rounded off the impressive year by collecting two Scottish Golf Tourism awards including the coveted Best Golf Experience title. 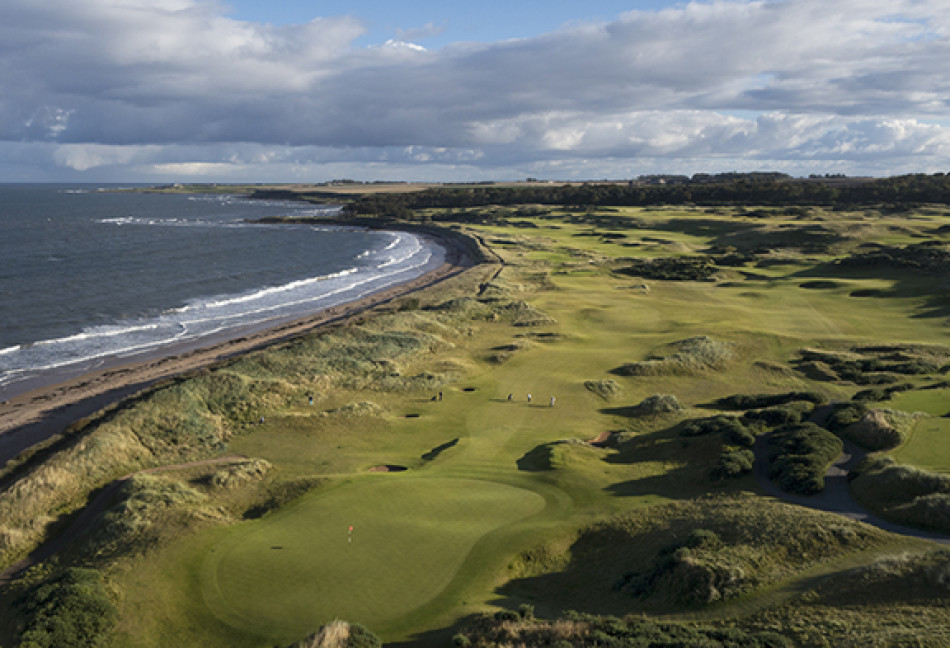 According to Alan Hogg, the chief executive at Kingsbarns, the remarkable year can be attributed in part to the extensive media coverage secured during the 2017 Ricoh Women's British Open - the first Major to be held at Kingsbarns.

"Last year we welcomed the world's best players to Kingsbarns resulting in media coverage around the world," said Hogg. "That exposure, along with our annual commitment to the Alfred Dunhill Links Championship, meant the stunning views associated with Kingsbarns have been viewed by more people than ever before. Together with our commitment to delivering world-class levels of service throughout the year, the 2017 Ricoh Women's British Open has resulted in a remarkable follow-on season - the best ever at Kingsbarns."

"This five-day event has been a tremendous opportunity for Scottish golf to come together to promote the Home of Golf," said Hogg. "For Kingsbarns in particular, picking up two awards at the end of a busy few days was very special indeed. This is the fifth year in a row Kingsbarns has received the customer service award and the fourth year out five that we have picked up the best experience award. I think this speaks volumes about our keen focus on delivering a world-class overall golf experience every day to every visitor."

As well as reaping the rewards of last year's extraordinary season, the Kingsbarns team has been committed to securing a legacy for the Ricoh Women's British Open by launching a new tournament designed specifically for aspiring female golfers. The resulting inaugural Kingsbarns Girls Classic - a collaboration between Kingsbarns and Scottish Golf - saw 28 girls from 14 counties invited to play an end-of-season match across the links.

This commitment to expand the reach of the game was also evident during the maiden Kingsbarns Ladies' Day which attracted 80 players for a programme of pampering and golf at the start of the season. The popularity of the sell-out fixture was superseded when the 2019 follow-up event sold out in 48 hours.

"Women's golf has huge potential," said Hogg. "The Ricoh Women's British Open has been tremendous for Kingsbarns not only in the coverage it generated but also in the initiatives it sparked which has led to the Kingsbarns Girls Classic and the Kingsbarns Ladies' Day. Both were great successes and illustrate the possibilities that are out there."

Away from the course, Kingsbarns has also seen developments at its 19th hole with the clubhouse being extended to comfortably accommodate more guests. As well as increasing the overall seating capacity by nearly a third, the expansion has enhanced the post-round experience at Kingsbarns which Art Dunkley, Director of Kingsbarns Golf Links, said was a key ingredient in the Kingsbarns experience.

"Our ethos is to continually refine what we do and seek out ways to improve how we present Kingsbarns," he said. "Our prime responsibility is to welcome visiting golfers from around the world and ensure their time with us is memorable for all the right reasons. As a recognised Major venue and regular stop on the European Tour circuit, we aim to deliver world-class service equally to the world's best golfers and passionate enthusiasts day in and day out. It's a responsibility we take very seriously but enjoy very much."