Lancashire's Matt Merchant has won the ECB 3&4-Day Grounds Manager of the Year Award for the third time following an awards ceremony at the Uptonsteel County Ground in Leicester. 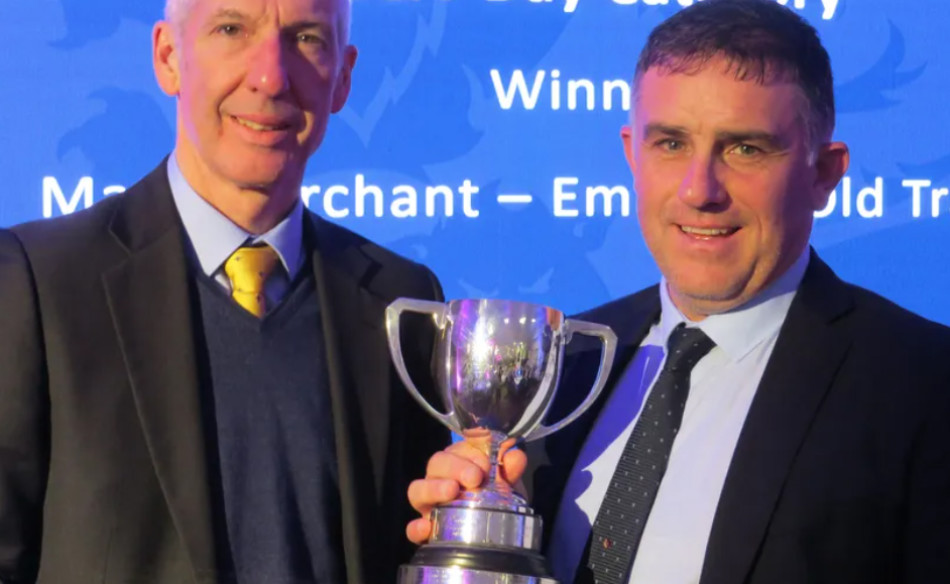 Long-serving Matt, who first joined the ground staff at Emirates Old Trafford as a 16-year-old in 1990, was recognised for his outstanding pitches in multi-day cricket.

Matt first won the Bernard Flack Memorial trophy in 2009, a year before the Emirates Old Trafford pitch was turned around, before claiming the honour again in 2013.

Kent's Adrian Llong won the One-Day award for the pitches at The Spitfire Ground, St Lawrence in the same season the club were crowned Vitality Blast champions.

Matt said: "I have seen a lot of changes to Emirates Old Trafford over my time and a lot of hard work and time has gone into the preparation of those pitches over the years.

"It's nice to win the award again although you have no chance of getting an honour like this unless you have a quality team around you and we certainly have that.

"It has been a busy year, we even prepared a Test pitch that didn't get a ball bowled on, but it's always rewarding.

"We have a great relationship with (Lancashire Head Coach) Glen Chapple. He always wants us to produce the best pitch that we can in all formats and then he says they'll try and do the rest."

Adrian Llong, who won the Outground Award three years ago while he was at Beckenham, said: "It is really pleasing to win this award and the recognition for the brilliant team of ground staff here.

"Everyone across the county circuit works incredibly hard so to be given this honour is something special for us."

ECB Pitch and Grounds Advisor, Andy MacKay, said: "The award winners fully deserve this recognition for the consistently outstanding pitches they have produced during the summer.

"This has been a challenging summer for all county ground staff beginning with the uncertainty of the pandemic heading into the season before a busy summer schedule.

"Every venue has met those challenges head on and delivered pitches and facilities that have enabled the players to showcase the best of the game to the fans who returned to attend cricket this summer."

Simon Lee was also honoured with a Recognition Award for his First Test match pitch at The Ageas Bowl for England Men's Test against West Indies in 2020. That was Simon's first season at the Hampshire venue after moving from Taunton.