Vale of Lune RUFC, to the north of Lancaster, has had its community rugby pitch trashed by vandals using it as a dirt track for their car. 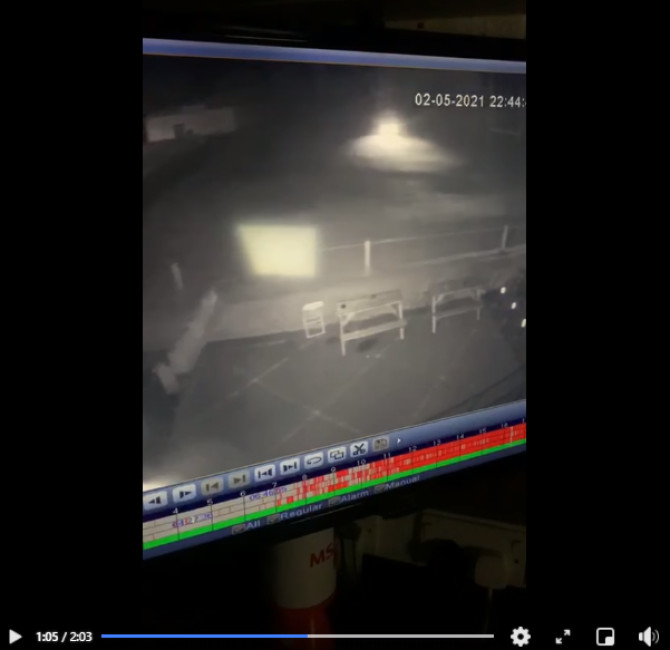 The Bank Holiday weekend was marred for the team behind one Lancaster community rugby club after vandals ripped up the pitch by using it as a dirt track.

Vale of Lune RUFC was targeted on Sunday evening (May 2) when an unknown car drove on to the club pitch off Powder House Lane, near Torrisholme.

Footage of the selfish act was captured on CCTV at around 10.45pm with the car seen drifting across the perfect pitch for minutes on end, almost losing control on a number of occasions.

The car drives down the side of the pitch at a slow pace before taking more wild turns, tearing up the popular playing field.

The pitch itself is cared for by a team of volunteers throughout the year.

A rugby club spokesperson condemned the action of those in the car, describing it as "mindless".

"We at the Vale of Lune would like to share with you a mindless act that took place at our community rugby club last night," a spokesperson said on Bank Holiday Monday.

"It has been significantly damaged in a matter of minutes."

"Apologies that the footage is not great, something we are looking to upgrade as soon as we get back fully operational."

The footage has been largely condemned by the local public.

John Wrigley said: "In my day it was one, if not the best, playing surfaces in the country never mind the county. Mindless morons. Sadly you have to lock gates and barricade everything off these days."

Alan Bolton posted: "The groundsman puts his heart and soul into the pitch and its never looked better, poor guy."

Neville Leak added: "How sad are these individuals, just what pleasure do they get from this stupid act. Time our justice system started handing out some serious penalties, not a bit of community service and a slap on the wrist."

You can read the original article from LancsLive HERE