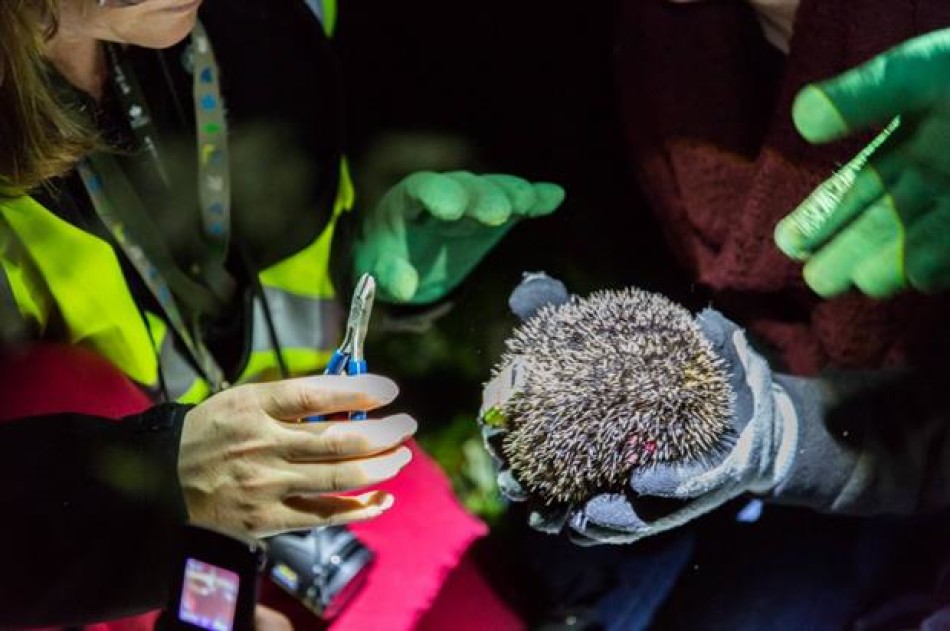 A survey has revealed a small and vulnerable breeding population of hedgehogs in Regent's Park - the last of the central city's Royal Parks to have retained a resident population.

One of the UK's biggest inner-city hedgehog studies has revealed the nocturnal lives of one of Britain's best-loved mammals. With hedgehog numbers declining nationwide, the importance of understanding hedgehog needs and behaviour is greater than ever and vital to inform hedgehog-friendly conservation.

The study, run by the Royal Parks Foundation, leading scientists and supported by 100 nocturnal volunteers, began in 2014 and confirmed the presence of around 40 animals in Regent's Park. This is a relatively small number for a park of this size (166 ha) and raises concerns about the viability of the population in the long term.

The hedgehogs have been predominantly found foraging and nesting in a mosaic of grassland, shrubberies and hedges, with analysis showing that they travelled up to 1.5km a night.

The average weight of the hedgehogs surveyed was 960g, well above the national average, suggesting Regent's Park has an abundance of food. Hedgehogs are insectivores, their favourite food including slugs, caterpillars and beetles.

BBC nature programme Springwatch filmed this year's survey, focusing on finding as many hedgehogs as possible to begin to detect population trends and understand more about their nocturnal behaviour and habitat preferences. Finding out where they make their nest during the day was also a top survey priority this year, as these are key refuges from the eight million people and dogs who visit the park yearly.

The findings will help inform hedgehog-friendly habitat management to help safeguard the population's future in Regent's Park and other parklands across the country.

Technology played a huge part in 2015's study, with thermal imaging cameras being used, a rarity in these types of projects, along with radio tagging and GPS tracking. A DNA analysis of the hedgehogs' spines is also planned for the summer to find out more about the genetic make-up of this small population.

"Thanks to the exceptional efforts of all those involved, the data we have gathered this May will provide crucial detail about the behaviour of hedgehogs in the Park," states Dr Nigel Reeve, leading hedgehog expert and former Head of Ecology, The Royal Parks. "As well as the use of GPS and radio tracking, thermal imaging has allowed us to detect hedgehogs more reliably and to observe their activities with minimal disturbance."

"Grassland adjacent to hedges will be left to grow longer to provide a richer environment for hedgehog foraging and nesting. The findings from Regent's Park will also be shared with other urban green spaces to help with the creation of more hedgehog friendly-habitats."