by Claire Marshall
in Chemicals & Fertilisers, Pests & Diseases, and Conservation & Ecology
on 02 Feb 2021

0 Legal threat over bee-harming pesticide use

The Wildlife Trusts is to take legal action against the UK government over its decision to allow a pesticide that is almost entirely banned in the EU. 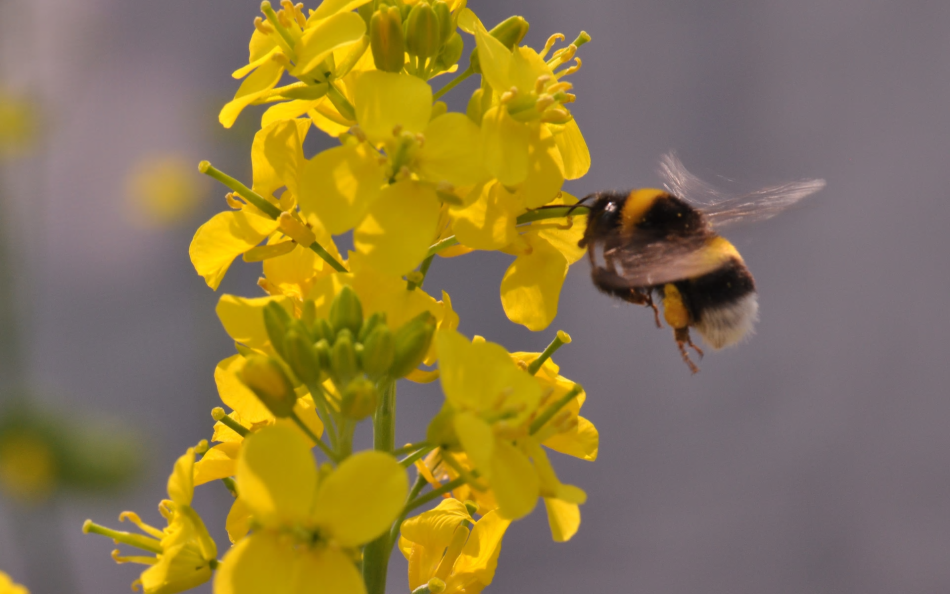 As a family of chemicals, neonicotinoids cause harm to pollinating insects such as bees

In 2018, the EU banned the outdoor use of neonicotinoid pesticides, which harm pollinating insects such as bees.

But following Brexit, the government approved the emergency use of one neonicotinoid to combat a crop disease.

The charity has told Environment Secretary George Eustice of their intention to challenge the decision.

In a letter to Mr Eustice, the Trusts says it will push for a judicial review unless the government can "prove it has acted lawfully".

Multiple studies, including large-scale field trials, have found that neonicotinoids harm pollinators and aquatic life. Research has also shown that they can be linked to the wider collapse in biodiversity.

The government says it allowed the use of the neonicotinoid thiamethoxam because of the "potential danger" to the sugar beet crop from beet yellows virus, which is spread by aphids.

The virus can have a severe impact on sugar beet.

It stressed that use of the chemical would be strictly limited, and the risk to bees was "acceptable" because sugar beet doesn't flower. Alternative chemicals should be used to kill any wild flowering plants in and around the crops, the government said.

Neonicotinoids are the most widely-used class of insecticides in the world and they work by disrupting the insect central nervous system.

Two years ago, the EU's ban was supported by then-Environment Secretary Michael Gove, who said the weight of evidence was "greater than previously understood". Unless the evidence changed, he said, the restrictions would be maintained post-Brexit.

The government says the change in policy is based on "new evidence". But, so far, they haven't made this science public.

However, Craig Bennett, chief executive of the Wildlife Trusts, said there was no new evidence to justify the change in policy.

He said: "The government refused a request for emergency authorisation in 2018 and we want to know what's changed. Where's the new evidence that it's okay to use this extremely harmful pesticide?

"Using neonicotinoids not only threatens bees but is also extremely harmful to aquatic wildlife because the majority of the pesticide leaches into soil and then into waterways. Worse still, farmers are being recommended to use weedkiller to kill wildflowers in and around sugar beet crops in a misguided attempt to prevent harm to bees in the surrounding area. This is a double blow for nature."

It was the National Farmers' Union (NFU) and British Sugar that applied for the authorisation. Victoria Prentis, a minister with the Department for Environment, Food and Rural Affairs (Defra) told BBC News that it "wasn't ideal". But she was "convinced it was appropriate" and that the government was "committed to reducing pesticide use and integrated pest management". 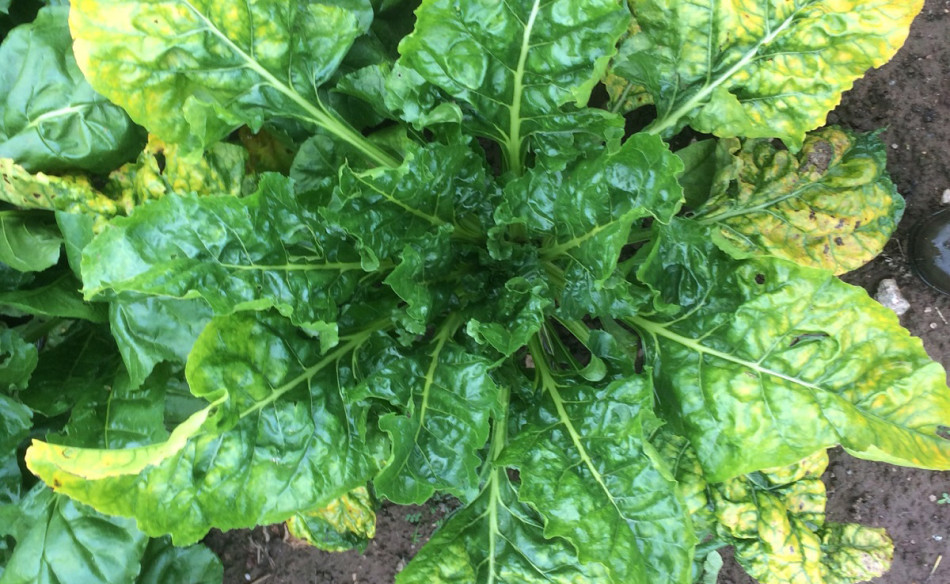 Sugar beet affected by the yellowing disease spread by aphids

The pesticide will be authorised for use if there is a large enough outbreak of the disease. And it can only be used for a period of up to 120 days. Around a dozen other EU countries, including France and Germany, have also agreed emergency permits.

Ms Prentis said the authorisation was very specific, and "targeted at a non-flowering crop, which bees are not attracted to".

However research, shows that the highly toxic chemicals can persist in the wider ecosystem for some time, potentially to be absorbed by wildflowers that pollinators then visit.

Prof Glen Jeffery, from University College London (UCL), said he felt "horror" when he learned of the government's decision.

"We've slowly moved away from it and yet it's creeping back in," he told BBC News.

There has been one full sugar beet harvest since outdoor neonicotinoid use was banned. According to the NFU, the 2019-20 harvest was largely unaffected by beet yellows disease. This year's sugar beet harvest is currently underway, and yields are expected to be down by around 25% compared with the five-year average, with some farmers losing as much as 80% of their crop.

According to the NFU, there are 3,000 farmers who grow sugar beet, and the wider industry supports around 9,500 jobs in England, largely in the East.

The NFU has called the situation "unprecedented" and its sugar board chairman Michael Sly said: "I am relieved that our application for emergency use of a neonicotinoid seed treatment for the 2021 sugar beet crop has been granted."

Neurobiologist and environmental pharmacologist Dr Chris Connolly said that, since 2018, when neonicotinoids were banned in the EU, around 400 papers had been published looking into thiamethoxam, and none said they were less harmful. He added: "Is adding pesticides to pesticides the way to go towards better sustainability?"

When they were introduced in 2005, neonicotinoids were seen as a good alternative to traditional pesticides. They are systemic, which means they are absorbed by the plant, so are applied to seeds as a coating - instead of being sprayed. However, it has become clear they are highly toxic to invertebrates such as insects.

The government recently committed to spending £3bn of international climate finance to "supporting nature and biodiversity".

Several hundred thousand people have now signed various online petitions against the move. Earlier this month, more than 30 wildlife and environmental organisations, including Pesticide Action Network and the RSPB, wrote a joint letter to Mr Eustice calling on the government to publish the new evidence that led to the derogation being approved.