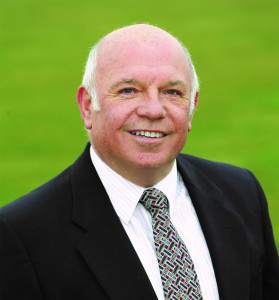 As part of continued plans to build a specialist groundscare sales team, Lely UK has further strengthened its offering to councils, contractors and landscapers with the appointment of two new retail sales managers.

Stewart Jeffs, based in South Lincolnshire, joined the team to take on a role that sees him cover Lincolnshire, Nottinghamshire, Derby and Leicestershire; while Daniel Lake, based in Norwich, has come on board to cover Norfolk, Suffolk, Cambridgeshire, Essex, East Hertfordshire and North East London.

Together, Stewart and Daniel bring a wealth of sector knowledge and experience to the roles. Offering the full range of groundscare machinery distributed by Lely, including Toro grounds mowers and TYM tractors, the job sees them advise everyone from local authorities to private schools on which machines will work best for their needs.

A highly experienced turf machinery salesman, Stewart has worked in groundscare since 1984, during which he's enjoyed sales roles with both manufacturers and dealers, the latter of which allowed him build extensive knowledge of all industry brands - including Toro.

"Throughout my 30-plus years in the business, I've been working with and recommending Toro machinery, so it's fantastic to now have the opportunity to work directly with the brand," says Stewart. 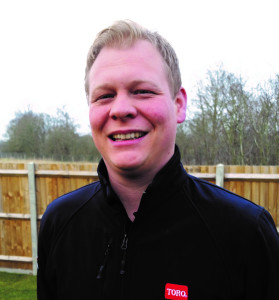 Commenting on how he's found the role since joining the Lely team, he adds: "So far I've been very impressed with how professional the company is and also by the innovative technology that Toro is bringing to the market."

Equally, Daniel has been impressed by the quality of the machinery he now has the chance to represent.

Familiar with Toro from an early age, he started his career as a greenkeeper at Western Park Golf Club in Norfolk at just 17 years old. From there, he went on to build experience in the groundscare sector, enjoying roles that included working for dealerships. Selling a wide selection of mowers and garden equipment, Daniel was quickly able to develop strong customer relationships and expanded his knowledge of the Toro product range beyond golf.

"Ever since I started working in turf maintenance, I've always been aware that Toro is the market leader, both in the golf industry and in groundscare. In fact, the prestige of the brand was one of the main reasons I was attracted to the role at Lely," he explains.

Daniel's highlights in the role so far include the management team at Lely UK, who he says are "great people to work with".

Settled into their new roles, both Stewart and Daniel are now busy working with schools, universities and local authorities across their respective areas.