Head Greenkeeper, John Neilly and his team at Letterkenny GC are the first recipients of a Wiedenmann Super 500 in Donegal. 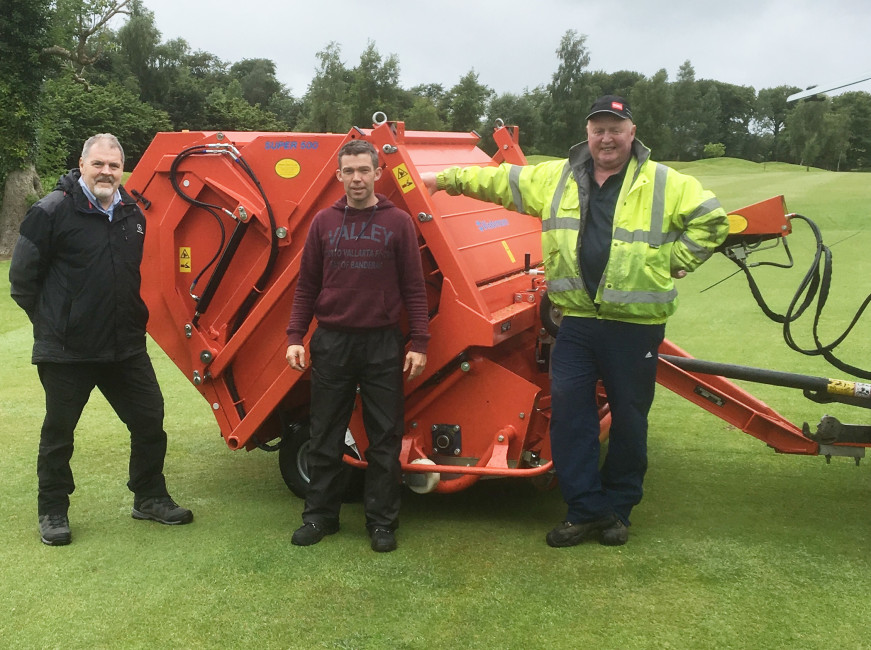 The hugely versatile 3-1 collector, scarifier and verticutter was an easy choice for those who maintain the testing parkland course, with its spectacular vistas across the Swilly Estuary.

"Even after just a few weeks, you just know it's a machine with a big work ethic which will serve well. It was outstanding at demo and already hard at work scarifying fairways which is what we wanted. In the coming months as a leaf collector it will be immense," said John Neilly.