A reward has been offered for information on the vandals who damaged a football pitch on Christmas Day. 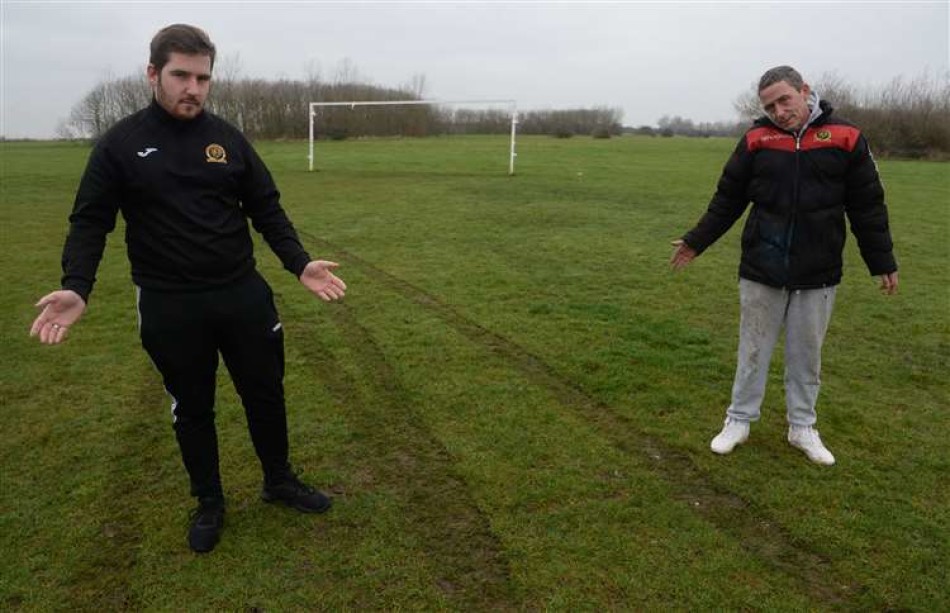 Leysdown Football Club's ground in Shellness Road on Sheppey was targeted by vandals sometime last Wednesday when tyre tracks were left in the grass.

It has led to bosses from fellow Island club, Sheppey United, putting up a £500 reward for any information which leads to the prosecution of the offender.

Leysdown FC manager Charles Osmond said his father and one of the club's groundsmen, John Osmond, came across the tyre marks in the evening after Charlie had inspected it earlier in the day.

The 22-year-old said: "The pitch is ruined, which is a real shame because my dad does a lot of work down there."

"We are probably going to have to postpone fixtures or find another ground to play on."

"Unfortunately there is not a lot of surveillance down there."

"I was more gutted to be fair, a lot of the players were angry because the groundsmen spend about five to six days a week there making sure we've got nice fields to play on."

"Leysdown is like the place that time forgot so why they chose to use our pitch is beyond me."

In the past, the club's changing block has been targeted by vandals and dugouts smashed up.

The cost of the damage caused to the pitch has not yet been estimated.

It is not yet known for certain if any of the team's fixtures, including those later this week will have to be called off or postponed because of the damage.

You can read the original article from Kent Online HERE