4 Life is too short - fake it! The 'soccer grass' debate 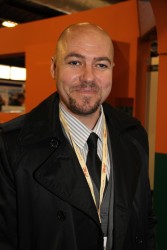 The Oxford English dictionary definition for artificial; made as a copy of something natural.

Can natural things even be compared to their artificial counterparts or, should I say, counterfeits?

There are not many industries left in the world that Britain can claim to challenge for top slot and, along with the USA and Australia, these three Anglophones are way above their nearest rivals for producing natural sports surfaces. Call them what you like, first to arrive at work and last to go home, groundsmen, greenkeepers and, nowadays, agronomist or sports turf managers as they like to be referred to, have come a long way.

How many other professions can you think of where, amongst other things, in one day you have to perform the duty of biologist, chemist, mechanic, surveyor, labourer, liaison, weatherman, computer technician, people manager, and machine operator, whilst displaying an absolute understanding of health and safety laws and having your work scrutinised by millions of people on TV - all of whom consider themselves to be experts because they have a 30m2 patch of weeds and moss outside their home, commonly referred to as a lawn? Not to mention having to please your end users 'the players' who, in general, take home a larger salary in one week than the average groundsman does in one year. 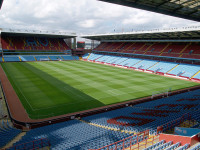 British stadium football pitches are the envy of the world and are unrecognisable from fifteen years ago. Now, even in the depths of December and January, we see minimal wear and clean football shirts at the end of most matches, and this despite stadiums rising to the heights of small skyscrapers. Certainly, aesthetics aside, football can actually be played year round on the ground, with the only real excuse left for players being their own ineptitude.

This is all the more remarkable as the ruling body of the sport have constantly turned their backs on the surface we all know and love. They have invested millions of pounds in the development of plastic pitches and other aspects of the game, yet not one penny on the improvement of natural surfaces in the entire history of their existence.

So, what made FIFA decide to promote artificial pitches again after their infamous and highly criticised entry into the professional game back in the 1980s? There are players who swear their careers were curtailed because they played for those teams on 'those pitches' for a couple of seasons, and I should know. I worked with one for six years! QPR and Luton will always be synonymous with the most unforgiving professional football surfaces in living memory!

Well, having said that, just like natural pitches artificial pitches have also improved beyond recognition since TV money changed the investment in the game at the start of the 90s.

The standard answer would be that FIFA want to develop the game in less traditional footballing countries, some, but not all, of which have extreme climates and are unable to grow grass year round, which is the standard story they have spun for some time now.

But that would be the line expected from the press department of the governing bodies and the companies involved in selling plastic - it's big business and, as with all business, it's about the money to be made, at the expense of whatever happens to get in the way of that.

If you delve a little deeper you begin to see that, as with most things, those great big dollar signs in the sky take priority over any benefit to developing football nations.

Did you ever wonder what happened to the millions of rubber products that become useless after just a year's usage, such as car tyres and trainers?

Well, not a lot, apart from pollution of the atmosphere when they tried to burn them, and there is no degradation if you try to bury them.

Now, governing bodies want your children to be brought up on these dangerous, bacteria infested, outdoor carpets filled with toxic waste products. That is exactly what they are! Did you ever see a house carpet left outside for months that looked healthy enough to lie down on, roll around on and, as with activity and sport, exchange fluids on? These imitation grass carpets are no different to the one in your house.

Natural grass filters away all of this nastiness, unlike its fake counterpart. In summer, artificial pitches in extreme climates become dangerously hot and, in winter, unless heated, freeze just the same as a normal pitch, so the term 'all weather' is just yet another false marketing spin.

Governing bodies will retort that we see some pitches disappoint in some of the new super stadia built over the last fifteen years, the infamous examples being the new Wembley Stadium and Amsterdam Arena. A top official even infamously stated - when Arsenal were building the Emirates - that they should use artificial turf because they would not be able to make a pitch as good as Highbury in their new stadium! As we all know the natural pitch at the Emirates is superior to that of Highbury!

Of course, the people behind all this the corporate Johnnies, will not say a lot, except to reiterate that, over the course of thirty years, they think they have bettered one of the planet's, and Mother Nature's most resilient living things, something which has been evolving for millions of years, something that will still be here when humans have gone! Remember, grass has been around since before those fish creatures from the Guinness advert froze their tongues.

In my opinion, the artificial companies cannot improve on what they have now, and what they have now is only good for stacking oranges on at the supermarket. It took them thirty years to develop that! There sales approach is bordering on the disgusting. All their spin is trying to rubbish natural grass, comparing ridiculous scenarios that just don't exist and, actually, having the brass neck to say that, by having an artificial pitch, the club can sack the groundsman and that will reduce the wage bill! When looking for cuts, I suppose they [football clubs] overlooked the players' insane salaries and seven assistants to the assistant coach then?

So, if all clubs are given, for arguments sake, £100k each per year, what is the advantage they now have over each other? 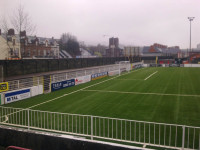 There has only ever been one argument for artificial and that is it can be used regularly for non-elite players, i.e. it can be a leisure centre - that will not allow the club to progress to a higher level, as all clubs will have this 'advantage'. So, how to progress over another? Or, allow clubs to play in arctic conditions when roads are closed, or allow clubs to use the stadium 24/7, as lighting restrictions are in place in most areas of the UK?

The demand is not there; only in a rose tinted marketing view. Neither will it allow clubs income to increase to such an extent that they move up a league or increase their fan base.

Installing an artificial pitch will, most certainly, change the game to a poorer, non contact version according to many of the world's leading coaches. It will allow every man and his dog to use the stadium pitch thereby, most certainly, eliminating an elitist feel.

It will also see the need to pay for security, demountable fencing and specialist maintenance. The carpet will need replacement - if they are going to use it 24/7 - at least once every three or four years if it is going to meet the strict fifa testing requirements that are in place, and at a cost that will almost certainly negate the previous period's financial gain! 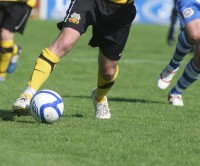 So, the governing bodies have a choice. They can do the right thing, which is to invest and encourage development in both natural and artificial playing surfaces, both of which have a purpose in the game. The premise being that artificial is there as a spare parachute, which can be applied where nature truly does not want grass to succeed, which are not very many places at all, and certainly not the UK where it is temperate. Or they can go exactly the route they are taking now, and that is to remove the soul of all stadiums and change the game to a non-contact sport. Of course, a few individuals will get rich, but so could a lot of people by doing the wrong thing, and where would that leave us? In a recession perhaps?!!!

Changing stadia into leisure centres seems to be every chairman's ambition and, if 150 games can be played in one stadium, why have several stadiums in one area? Clubs are then likely to lose their identities as the best and biggest stadium/club in the region will monopolise all use.

Clubs talk about having all these events, but the fact is there are not that many events that are big enough to be held in stadia in one area.

It is interesting to note that anything other than sporting activity, such as big concerts, has left artificial pitches either damaged or destroyed and in need of expensive replacement or repairs.

Stadiums are supposed to be elitist to a certain extent. That is what gives them their atmosphere. The fact you only get to play there professionally, or on special corporate occasions, not twenty-four hours a day. Its most kids dream to one day run out at Wembley onto the hallowed turf and take in the roar. If, in ten years, every man and his dog have been on there, because it is plastic, it won't exactly have the same appeal will it?

But, not to worry all that money we are going to make can go towards the medical costs of looking after ourselves in old age when we are suffering from respiratory diseases related to pollution, and joint problems related to impact.

Who needs the natural environment when it can be made artificially? Let's replace all trees with artificial ones so we don't have to pick up leaves every autumn. Why not a robot football team, then the players would never get injured and you wouldn't have to pay out ridiculous salaries. The fact remains that, in general, football clubs are incapable, on a huge scale, of managing their finances, and a fake playing surface is not going to change that incompetence. What it will change is the way the game is played, but it seems no one cares so ... why go to the hardship of living at all when a microchip can do the same job for you ... subscribe to the artificial ethos ... life is short, fake it!

Matt Frost has worked at some of the leading stadia in the UK and abroad, both as a groundsman and a consultant. His current project involves growing in and maintaining natural turf pitches in extreme temperatures in Eastern Europe.