Yelverton Golf Club in Devon has a problem with rain - too much of it! In order to deal with the deluge Course Manager Kristian Summerfield recently took delivery of a Redexim Verti-Drain 7316 from Charterhouse. Kristian says the 18 hole moorlands course, set on the edge of Dartmoor, "is very wet due to thin and rocky topsoil that's susceptible to compaction" - that and the annual rainfall that tops 2500mm. 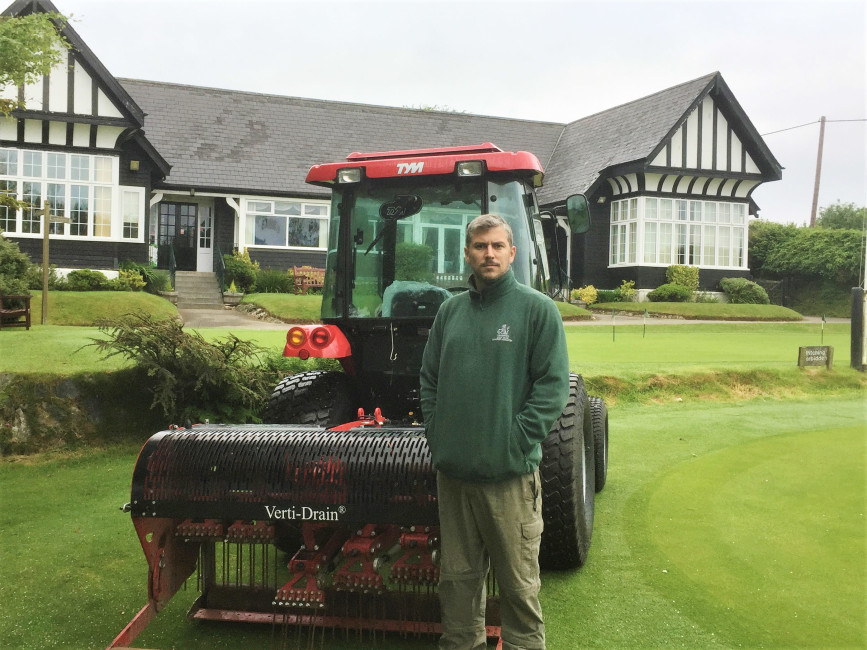 Despite his 23 years of greenkeeping experience, including 9 years spent in Holland, the amount of rain Kristian received during his first year working at Yelverton came as quite a shock. "It was more than I was expecting and with very little artificial drainage we're really relying on regular aeration work to improve the surfaces natural draining ability. Our previous aerator was very heavy meaning that when the tines hit the many large rocks in our soil structure at such a force, the tines were just bending - and with the amount of aeration work we need to conduct, we were getting through tines at a rate of knots."

Having previously used the Verti-Drain 7316 during his time at the club in Holland, Kristian was confident that it would be the right model for the demands of the Yelverton course. "We needed a unit light enough for work on the greens but something big enough for viable use on the fairways. Steve Dommett from Devon Garden Machinery came to demo the 7316 and it confirmed what we thought." With the significant weight reduction compared to their previous machine, and slower motion of the tines, the Verti-Drain 7316 rides over any large rocks instead of forcing through them, avoiding unnecessary extra costs.

"We're out once a month on the greens, tees, approaches and fairways with 8mm tines in use between April and October" said Kristian, who is supported by a team of 4 greenkeepers. "When it's time to conduct the aeration work we start at 3:00am to try and get round before the golfers catch us up. We're all pleased with our choice, it's ticking all of the boxes so far and it's nice to be back working with a unit that I'm familiar with."