0 Lightning Strike – a bolt out of the blue

Lightning Strike - a bolt out of the blue 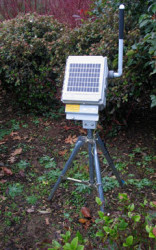 For many years both The R & A and the PGA European Tour have recognised lightning as a threat to players and spectators alike. As tournament organisers with considerable resources they can rely on experienced staff to decide when to suspend play and when it's safe to re-start. Most golf facilities have to rely on more basic resources, such as the club pro or secretary, to decide when conditions are such. Human observation and judgment is fine but depending entirely on golf course personnel to watch for bad weather or to interpret other available weather information is no longer acceptable and certainly unfair to those given that responsibility.

So what can you do to improve safety at your course? Firstly, investigate new and now affordable lightning detection technology and, secondly, adopt lightning safety procedures as part of the working practice.

The first requirement is that people need to be warned about an approaching storm in sufficient time to seek shelter, so a system with proven reliability should be used. According to the US National Weather Service, relying on visual signs of thunderstorm development is hazardous due to the limits of human observation. These limits become obvious when threatening conditions are just outside the observer's ability to hear thunder or see storm clouds over trees, buildings or hills. Natural sight and sound senses may only extend for possibly three to four miles, which is not far enough when considering an incoming storm may be traveling at 100 miles per hour!

Much of the lightning research comes from the US and there it has been determined lightning detectors do enhance warning time during the initial storm stages and forecast the storm's arrival.

Cloud-to-ground lightning strikes have been detected as far as 10 miles from the storm's cell edge. Lightning detection equipment can pick up and report thunderstorms and lightning activity at a stage that may be outside the human observers sight and sound range, whilst Blue skies may still be directly overhead.

Some clubs in the UK have already acted to deal with this potential danger, The Wisley Golf Club has installed Hydroscape's lightning detection system that employs state-of-the art technology to address the most demanding of lightning safety and equipment protection applications. The system, under the brand name of Strike Guard, continuously monitors an area up to 30 miles distance from the golf course in all directions, looking for either cloud-to-cloud or cloud-to-ground lightning and providing lightning contact signaling at user-set activity thresholds. Patented optical signal processing and proprietary optical-coincidence technology prevent false alarms. Sensor data is communicated via lightning proof fibre optic cable to an independent lightning data receiver with system status and both visual and audible alarms. Data can also be routed to a PC, where historic information can be accumulated.

Strike Guard is distributed and supported in the UK by Ringwood based Hydroscape. Further details can also be seen on the Hydroscape website www.hydroscape.co.uk.