by External source
in Industry News
on 23 Dec 2017

Lister Wilder finished their Movember campaign by announcing that they had raised a magnificent £18,064 for the charity.

This magnificent total makes them the 5th largest fundraiser in the UK. Divisional Sales Director, Phill Hughes said that every member of the team was really pleased with the amazing outcome.

"A big thank you to everyone that took part or donated to our team, " Phill said. "We're very proud to know the money raised will make a real difference to people's lives."

Phill explained why Lister Wilder believe that Movember is an appropriate charity to support. "As an industry whose employees and customers are largely male the charity is relevant, with a large number having been touched in some way by the illnesses it fights against. It therefore holds a place in many hearts.

"Participating raises awareness among employees and therefore promotes a healthier working environment. It helps to remove the stigma that can sometimes surround men's mental health issues, as well as reminding of the need for regular self checks for early diagnosis." 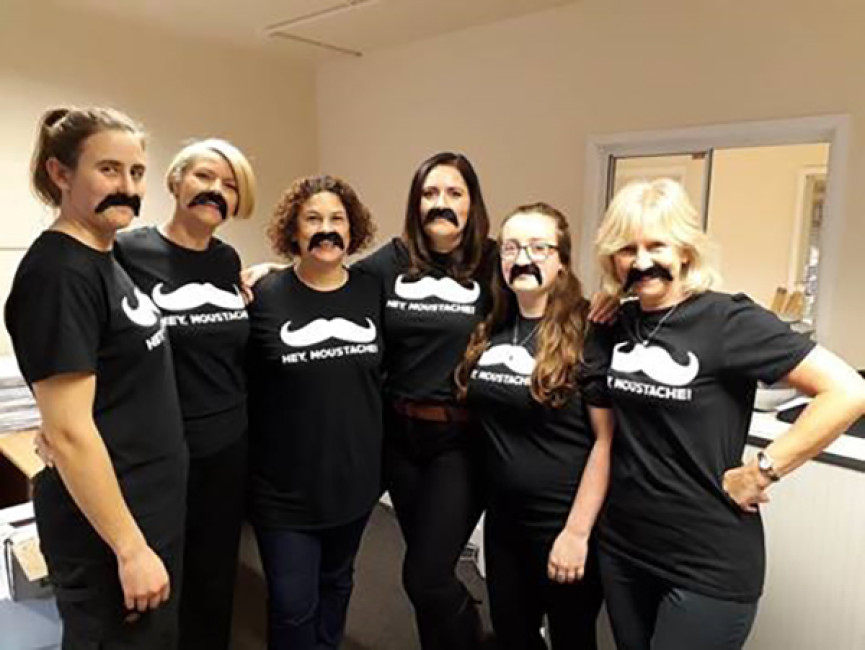 Phill continued by saying that joining in with Movember, growing some facial hair was both free and easy, plus very enjoyable. "As well as providing a bit of fun and laughter, a bit of friendly competition is healthy. By offering prizes for various categories it generates a friendly competition amongst different departments, depots and offices.

"With many participating and others providing encouragement it offers a great opportunity for the whole company to come together for a common cause. And doing something good for others adds the feel good factor and creates a bonding experience along the way.

"Once again a big thank you to everyone for their support."