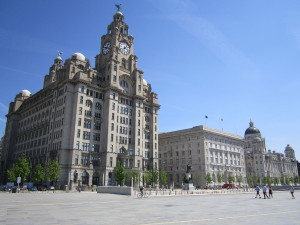 Birmingham and Liverpool have gone head to head for the 2022 Commonwealth Games on Monday after Durban was all but stripped of the event.

The Daily Telegraph can reveal that Birmingham City Council has joined the Mayor of Liverpool in writing to the Government to inform it of the city's intention to step in if the Games were left without a host.

Durban unable to put on an event it was awarded in September 2015 and declared itself "fully committed" to staging the event only two months ago, paving the way for one of 2026 Games rivals Birmingham and Liverpool to hold it four years earlier than planned.

Cllr Ian Ward, deputy leader of Birmingham City Council, said: "Here in Birmingham, we are already in the advanced stages of producing a detailed feasibility study on what would be needed for a truly memorable Games in the city.

"That is due to be completed in the coming weeks and we are in close contact with the Government about the developing situation."

Liverpool confirmed its interest in stepping in last month, effectively forcing Birmingham to follow suit amid the unlikelihood of the Commonwealth Games Federation staging back-to-back Games less than 100 miles apart.

Durban's failure to set up an organising committee, sign the host city contract, confirm governance arrangements or secure sufficient guarantees to underwrite the event was the final straw for the CGF.

"The CGF is fully confident and committed to delivering a successful Commonwealth Games for athletes and fans in 2022."

You can read the full article from the Telegraph HERE