Liverpool FC has revealed updated KSS-designed plans for the expansion of the Anfield Road stand at its Anfield stadium and has begun a second-stage public consultation of the proposals. 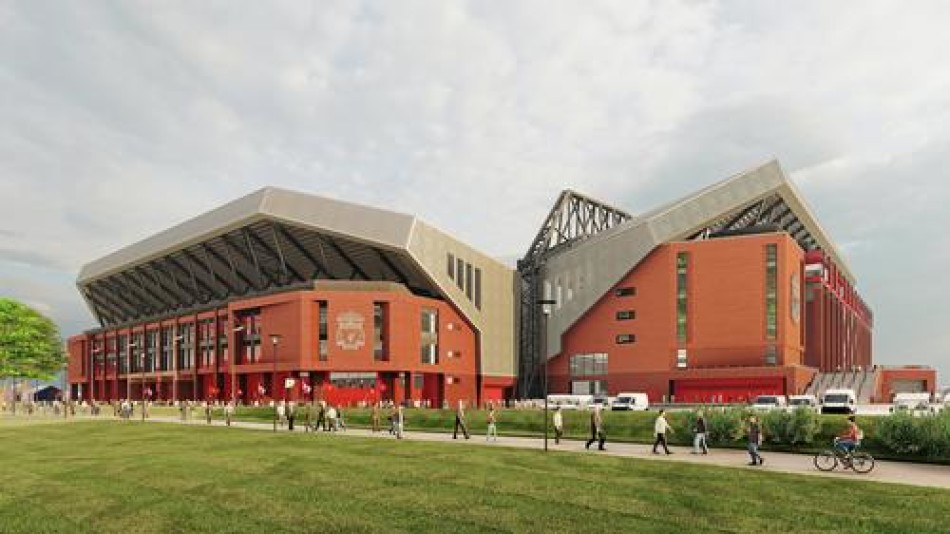 Plans to expand Anfield, which were first revealed in 2014, were developed following the takeover of the club by FSG in 2010 - putting an end to discussions about a potential move to a new stadium.

An update on the Anfield Road project in June 2018 had cast some doubt on whether it would come to fruition, with the club trying to balance the the demand for more general admission seats with commercial viability.

But it reaffirmed its intentions to take the project forward in August last year - allowing existing outline planning permission to lapse so that "ambitious new plans" could be pursued - and carried out a first-stage consultation of the newly revealed proposal with local residents, representatives, businesses and supporters in December. 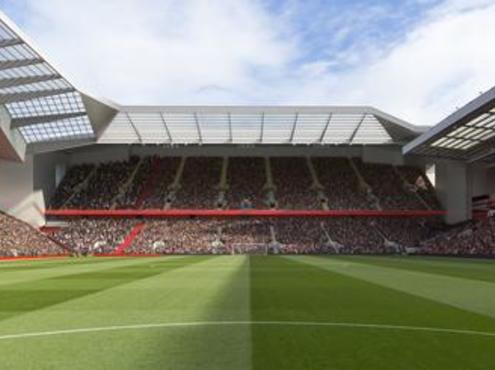 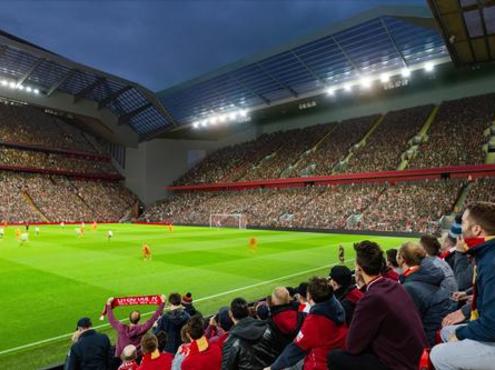 The club released updated proposals for the expansion of the Anfield Road stand that will still see the stadium's capacity increased by around 7,000 with the addition of new seats, lounges and hospitality facilities - taking the overall capacity to over 61,000.

As a result of the feedback provided from over 800 responses, it is now proposed that Anfield Road itself will be routed around the footprint of the proposed expanded stand and progress has been made on the stand's design and configuration.

Andy Hughes, chief operating officer at Liverpool FC, said: "The feedback of our local residents has been essential to the planning process of this proposed expansion."

"We have been very clear from the start that we will only proceed with this project if we have their co-operation, we have a financial model which offers economic stability and we can navigate the complex planning landscape."