0 Liverpool Football Club submit a planning application for the proposed expansion of the Anfield Road stand.

The submission of the planning application was paused in spring this year due to the uncertainty surrounding the COVID-19 pandemic. The plans would see the capacity of the Anfield Road stand increase by around 7,000 seats, taking the stadium's overall capacity to more than 61,000. 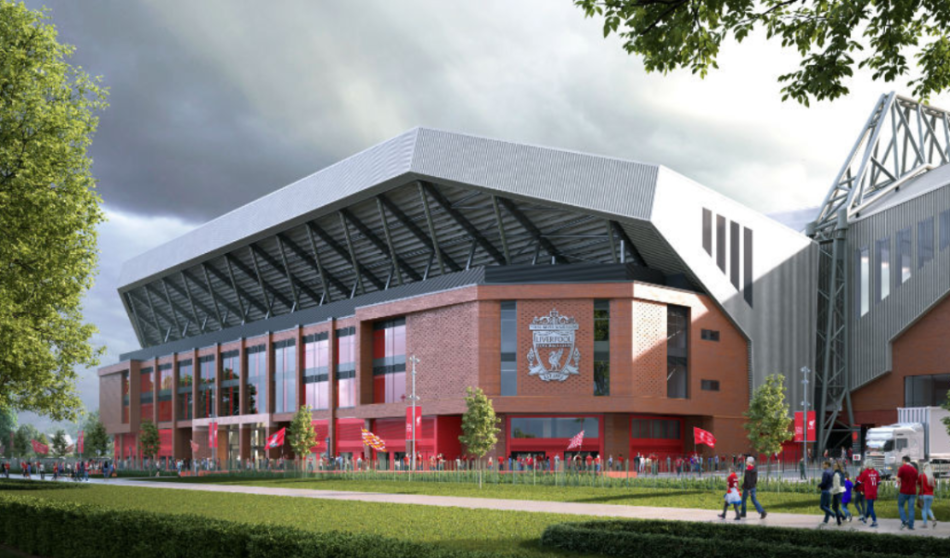 As part of the application, the club is also seeking permanent permission to hold concerts and major events at the stadium.

The plans for the Anfield Road stand have been the subject of two stages of public consultation with local residents, businesses, fans and stakeholders.

The first stage launched 12 months ago, included the permanent closure of a small section of Anfield Road, in line with the original planning permission granted in 2014. After listening to feedback on this option, the club made changes to the plans.

A second stage of consultation was held in February 2020, during which the club presented new and updated plans. This included plans to keep Anfield Road open, with the road realigned around the footprint of the proposed expanded stand.

More than 700 responses were received to the consultation and the revised plans were well received, with the vast majority of respondents expressing support.

We have been clear from the start that the expansion would be based on three things: financial viability and sustainability, the successful navigation of the complex planning landscape and with the cooperation of local residents and the community.

We'd like to thank everyone who has offered a contribution to that consultation process. We feel that we now have a proposal that has been informed by our neighbours, will support the wider economy and provide an opportunity for more of our fans to come to Anfield to support our great team.

The last nine months without fans in our stadium has driven home our commitment to making Anfield accessible to more fans than ever before and while a high level of uncertainty remains around COVID-19, we would like to be in a position to move ahead with the proposed redevelopment as soon as the time is right, which is why we've decided to move forward with submitting the planning application.

The planning application will shortly be submitted to Liverpool City Council and is expected to be decided in spring 2021.