After greenkeepers and members became frustrated with the quality of cut and condition of the fairways at Lochemse Golf Club, head greenkeeper, Geert Olthuis, switched brands to Jacobsen and has used a Fairway 305 to turn things around. 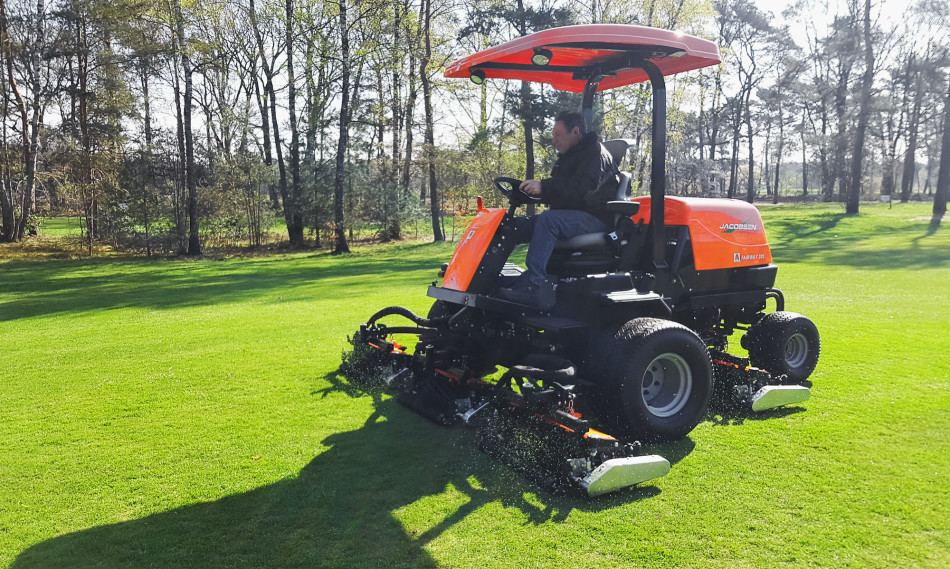 No stone was left unturned by Geert in his search for a new fairway mower. He trialled five machines from different suppliers before the cut quality, and simplicity of the Jacobsen 305 was picked to elevate the fairways aesthetics and performance.

Initially, Geert was sceptical about the mower specification compared to the machine he had been using, but he explains how his opinion was soon changed.

"When we saw the cutting finish, we couldn't believe it because it was so good. I was unsure of the Fairway 305 when I first saw it because it only had seven blades and no groomers, but it cut better than our mower that had groomers and 11 blades.

"We were looking for a simple machine with a better quality of cut and higher capacity. We had demos of four other mowers but the 2.94m cutting width, cut quality and simplicity of the 305 really impressed us. 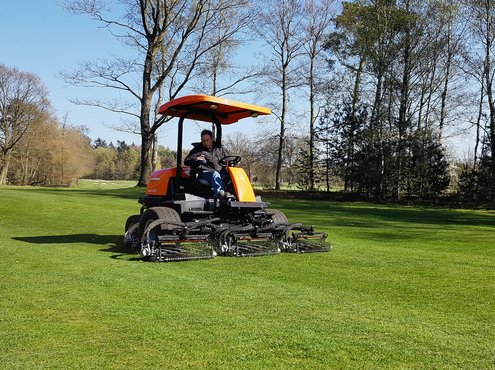 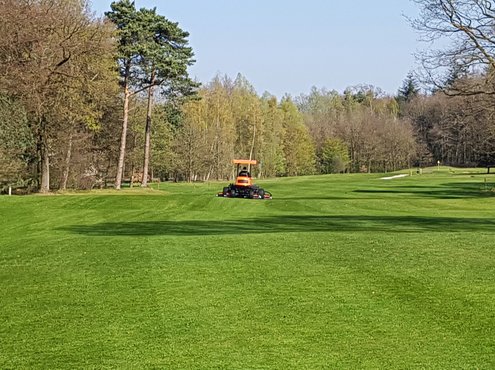 The success of the 305 stems from its simplicity. It's a machine that's built to be reliable and gives operators unsurpassed productivity while providing an unrivalled quality of cut.

This cut quality comes from the five 66cm floating head cutting units that follow all contours and undulations to ensure an even cut on all areas. The floating head system works with the four-wheel-drive - provided as standard - which provides greater traction and causes reduced turf compaction.

Productivity is increased across the machine in several areas, including the cutting units that don't require any tools to adjust the reel to bedknife. Quick changes from collection to rear discharge can be easily made using the adjustable grass discharge section, and for prolonged use, the radiator pack and hood have been optimised to increase airflow in hot, dusty conditions, preventing downtime due to overheating.

Because of the increased productivity of the 305, operators spend less time cutting the course, but operator comfort remains a priority. An arm-rest mounted joystick is used for all mower lift and lower functions, and a deluxe adjustable high-back suspension seat has been fitted for optimum operator comfort.