0 Pictures of Lock/Laker redevelopment at the Kia Oval released

The first pictures of the planned Lock/Laker redevelopment at the Kia Oval have been released after the Club put in a planning application last week. The planned developments would see the venue's capacity raised to 28,000. 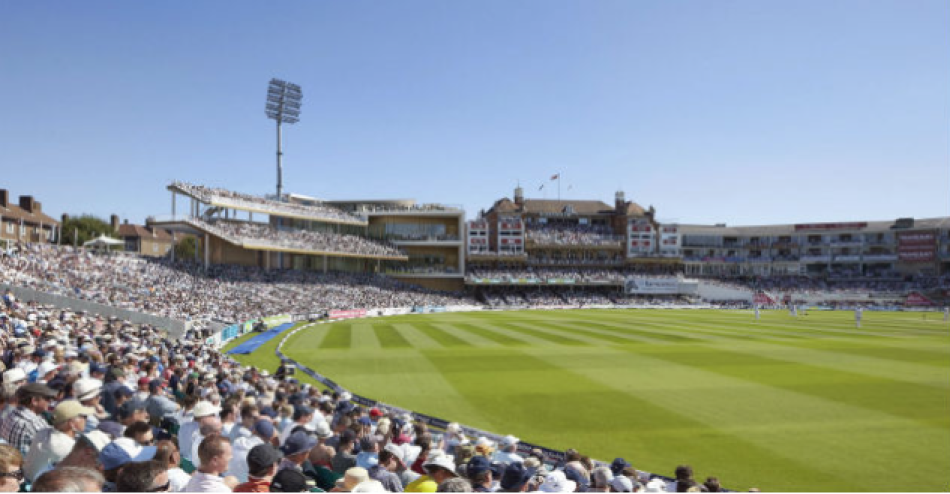 The images (above & below) show different perspectives of the scheme, taken from the pitch, directly outside the ground and the bottom of nearby Bowling Green Street.

Looking at the picture from the pitch (above) the extra work to be done on the historic Micky Stewart Members' Pavilion can also be seen, with the Victorian building enjoying a new symmetry when viewed from the Vauxhall End.

The new Lock/Laker stand at the Kia Oval will increase the capacity of the ground to around 28,000, adding 2,500 seats. The development will see the existing Peter May Stand extended around to link to the Micky Stewart Members' Pavilion with two tiers, including further roof terracing, added above. 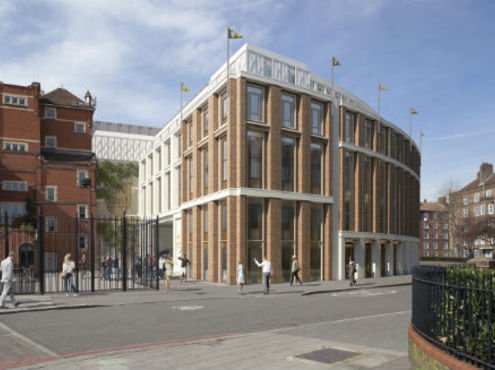 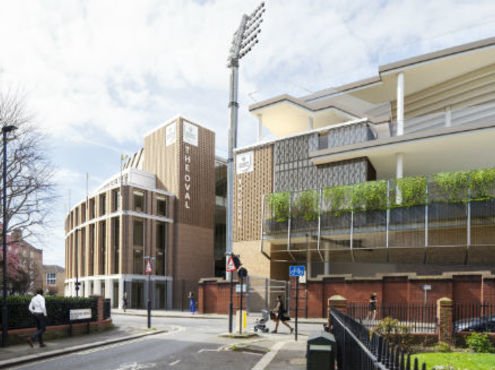 Left: From directly outside the ground at the Pavilion End. Right: From the bottom of Bowling Green Street

There will also be an extension to the Micky Stewart Members' Pavilion, by adding an extra wing to the original building, built in the 1890s, which will make it fully symmetrical when viewed from the Vauxhall End of the ground and add new rooms for Members' use on match days.

As well as the extra match day capacity, the new development will see a new facility constructed for the club's Conference and Events business, allowing the ground to host larger events with scope for over 700 guests that will allow for extensive further development in non match-day events at the Kia Oval.

The application was submitted after a lengthy consultation with the residential community around the Kia Oval and Lambeth Council. The architects for the scheme are Rolfe Judd, a practice headquartered on Claylands Road, five minutes walk from the Kia Oval, who also designed the new Peter May Stand that was opened in 2016.

Should planning permission be granted later this year, construction is planned to begin after the 2019 winter and be completed, in two phases, by the start of the 2021 summer of cricket.