by Sharon Donovan
in Parks, Industry News, and Parks & Gardens
on 14 Aug 2016 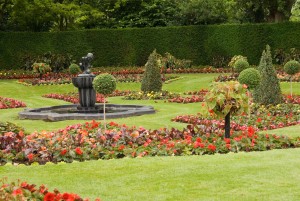 London's eight Royal Parks are among some of the best in the UK after all of them received Green Flag awards this year.

The award, now celebrating its 20th year, recognises and rewards the best parks and green spaces across the country. A Green Flag flying overhead is a sign to the public that the space boasts the highest possible standards, is beautifully maintained and has excellent facilities.

For the first time this year all of London's eight Royal Parks have also received Green Heritage status. This award, sponsored by Historic England, recognises heritage as an integral part of the parks management.

Colin Buttery, Deputy Chief Executive of The Royal Parks, said: "For the eighth year running, all eight parks have received the prestigious Green Flag award, reaffirming their reputation for excellence. We are also very honoured that each park now has Green Heritage status.

"While the Royal Parks have their roots in Tudor times, they have played a pivotal role in the nation's history through every century since. Among some of the thousands of historical highlights are: an Act of Parliament in 1872 that set aside Speakers' Corner in Hyde Park for free speech; Richmond Park being used as a training ground for soldiers in World War One; and thousands lining The Mall in St James's Park for Royal weddings and other national events.

"We take our role as guardians of these unique spaces very seriously and use as many opportunities as possible to remember the parks' incredible heritage and conserve them for future generations."

"All the flags flying this year are a testament to the efforts of the thousands of men and women, both staff and volunteers, who work tirelessly to maintain the high standards demanded by the Green Flag Award."