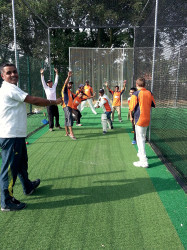 The redevelopment of Spikes Bridge Park in the London Borough of Ealing pretty much defines what Sport England's 'Inspired Facilities' funding stream is all about; "...making it easier for local community and volunteer groups to improve and refurbish sports clubs or transform non-sporting venues into modern grassroots sport facilities."

It also illustrates exactly what can be achieved when local government, community groups and charities come together to work on funding bids - to date, an impressive £1 million of the total budget has been secured from external funding sources.

The redevelopment of the 8.2 hectare site, formerly known as the Southall Municipal Sports Ground, has been a priority for Ealing Council for over a decade. A public sector bid for redevelopment in 2002 failed to materialise, despite extensive negotiations, and the tired facilities were starting to attract unwelcome anti-social behaviour.

In 2007, the demolition of the park's old sports pavilion further highlighted the need for regeneration. Despite being run-down, the existing sports facilities were attracting considerable use by the local community; particularly the running track and cricket facilities.

This, combined with renewed political interest in the development and regeneration of sports facilities, demand from clubs and a growing local population, led to the council's decision in 2009 to re-tender the opportunity to manage the new sports facility, with the aim of finding a community partner. A joint bid between the community organisation London Tigers and local charity The Southall Alliance, which represents several smaller, local community groups, was selected from a number of applications.

With the three-way partnership forged and working under the shared vision - "Together we aim to develop and promote excellent recreational facilities that have full community involvement, are safe, accessible and sustainable. We will forge positive relationships with statutory partners, external funders, local sports groups and residents to regenerate the park area" - a four-year process of planning, fundraising and community consultation ensued. 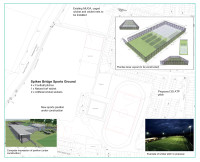 Having ascertained the specific interests and needs of local groups, the plans for new facilities on site took shape; with the first phase of work to involve the construction of a new, four changing-room, pavilion to provide a hub for sports within the park and also space for other community and recreational activities. This was to be followed by the conversion of one of the three tennis courts into a 3-lane, non-turf, cricket practice system and the construction of two natural-turf cricket tables. The existing cinder running track, which is heavily used by the community's walkers and joggers, has been retained and the final phase of work will involve the construction of a 3G football pitch later this year.

In addition to council-allocated funds, partners London Tigers and Southall Community Alliance have been charged with managing bids to external funding streams to fund the project, which is anticipated to cost in the region of £2.2 million at completion. To date, grants totalling some £1 million have been injected into the scheme from no less than six external funding agencies, including Sport England's Inspired Facilities fund, the London Marathon Charitable Trust, The England & Wales Cricket Board (ECB) and the Football Foundation. Further bids are in progress with several agencies with the aim of securing funds for the final round of development in autumn 2013. 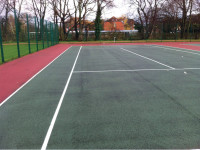 With a significant chunk of the funding secured, the contract to design and construct the outdoor sports facilities was sent out to tender in 2012. Sport & Play contractor Blakedown was successful in its bid to lead this side of the project, with the design and construction of the pavilion handled by a separate contractor.

Work commenced on site in June 2012, with the new pavilion completed in May 2013. Since then, the various facilities on site have been constructed and the sports ground officially opens to the public in late summer 2013, with work on phase 3 of the project - the construction of a new, floodlit 3G 11-a-side football pitch, set for October 2013.

With cricket identified as being particularly popular within the local community, the provision of first-class facilities for both match play and practice were identified as a key priority. 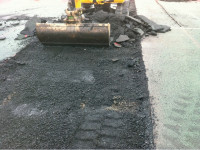 One proviso of the England & Wales Cricket Board (ECB) funding secured for the project is that non-turf cricket facilities must be built to a design pre-approved by the ECB itself; and works carried out by a contractor who has met all the criteria of its 'Code of Practice for the Design and Installation of Non-Turf Cricket Facilities'.

1) The construction of two 30m x 2.74m wide non-turf match play wickets to ECB approved specification; one located on the edge of an existing natural turf table the other adjacent to the new non-turf practice net facility

2) The conversion of two existing macadam tennis courts into a 3 lane ECB approved non-turf practice nets system; to include a bespoke sight screen at the rear of the facility

Groundwork: total-play was appointed to carry out full construction on both projects, including:
- Excavation - including cutting out of macadam on the existing tennis courts
- Installation of aggregate-sub base
- Installation of shock pads & carpets

The playing surface: For both the match pitches and the practice nets facility, surfaces were constructed to ECB approved tp365 design.

Netting system: The practice nets facility was the first to be fitted with HD Protection Tunnel Netting, an upgraded version of the company's 'cocoon' netting system that protects players from balls flying from adjacent lanes by eliminating gaps in the net. 4m high steelwork was erected to house the netting system and, to meet the client's brief, a bespoke sightscreen fitted at the rear of the facility that also acts as a catch net to prevent cricket balls striking the surrounding twin-bar fencing.

The park saw some action in spring and early summer, with London Tigers making use of the completed non-turf cricket practice nets. London Tigers' Operations Director Jawar Ali says: "So far, the cricket practice nets are the only facility we've really been able to make use of, but the response has been fantastic. All of the Ealing Borough teams in the 2013 MCB Borough Championships - under 10s, 12s and 14s - used the practice nets to prepare for the competition and all have qualified as winners of their respective groups."

This success really sums up what the project is all about - providing the community with first-class sports facilities that will enable them to participate fully and perform to their very best - whether they play sport for fun or are competitive."

As for the future, London Tigers took official control of the park in summer 2013; and now manage the use of the facilities by external groups in addition to running youth sport workshops, competitions and social enterprises. It will be assisted in promoting the facilities within the local community by the Southall Community Alliance and, as Network and Community Development Manager Janpal Basran explains, Spikes Bridge Park is about much more than sport. 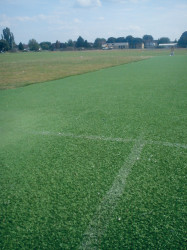 "Our aim is to make Spikes Bridge Park a real community hub - evidently the sports facilities are going to be a strong draw, but the pavilion is also open to groups who want to use it for a whole range of activities - from health and recreation to education. We're keen to ensure the pavilion is used year-round and in the evenings as well as during the day, and our job is to let people know that this fantastic facility is available to them."

And it's not just the local community who will benefit from the Spikes Bridge project. The entire process has been deemed exemplary; Sport England commissioned 'The Community Sport Asset Transfer Toolkit' based on the project, with the aim of assisting other organisations working on sport facility projects of a similar scale. Leader of Ealing Council, Councillor Julian Bell said; "It's now a year since the London 2012 Olympic Games and the borough is still buzzing with opportunities for people to get involved in sport. The facilities at Spikes Bridge Park, and also at Lord Halsbury Memorial Playing Fields, are the latest in a number of facility improvement projects and I hope they inspire more people of all ages and abilities to get involved."

"It's fantastic that so many organisations got behind these two projects and we thank them for their support and generous contributions. This is an immense boost for grassroots sport in Ealing and it's great to think that these facilities will continue to serve the community for generations to come."The redevelopment of Spikes Bridge Park in the London Borough of Ealing pretty much defines what Sport England's 'Inspired Facilities' funding stream is all about; "...making it easier for local community and volunteer groups to improve and refurbish sports clubs or transform non-sporting venues into modern grassroots sport facilities."