0 Looking out for a hero 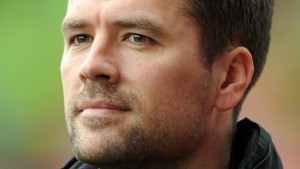 Football's invaluable grassroots volunteers will be recognised at a special FA event in early October which has received the backing of former England star Michael Owen.

In the governing body's 150th year, 150 Grassroots Heroes will be honoured for having the passion and commitment to keep the English game thriving.

The Grassroots Heroes will comprise national winners of The FA Community, The FA Referee, Football Futures, Groundsman of the Year, Asian Football and Muslim Women Awards as well as other volunteers from across the football landscape.

One of these will be the winner of the inaugural 'Football Champion Award', an award created by Pride of Britain. If you know someone who deserves to be honoured, nominate them at www.prideofbritain.com or e-mail nominate@prideofbritain.com

The winner will be announced at a star-studded ceremony in London's Grosvenor Hotel on 7 October.

Owen said: "People like Gareth Bale and Wayne Rooney will tell you the same thing, they all have people to thank at grassroots level.

"Whether it be referees, coaches or managers, all footballers are indebted to those people. None of us could get to the top without the start we had.