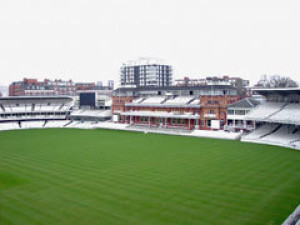 The MCC will not say if Mick Hunt, the Lord's groundsman, is going to provide the pacy and bouncy pitch England want.

Mick Hunt, the Lord's groundsman, is renowned for being his own man when it comes to preparing his pitches and the MCC refused to answer whether the surface for this week's second Test will have the pace and bounce England are demanding.

Last year England asked for slow pitches but then they had Graeme Swann in the attack bowling to Australian batsmen weak against spin. Now Swann has gone they would ideally like the pitches to support their strong seam attack but a long dry summer has not helped groundsmen. They have left more grass on the surfaces than usual to try and help the bowlers but this has made little difference because the pitches are biscuit dry underneath.

An MCC spokesman would only say yesterday that Hunt is preparing his pitch in the normal fashion. In the past he has said: "We do our own thing here."

Such is the sensitivity around pitches at the moment following the criticism of the surface at Trent Bridge, the England and Wales Cricket Board were on Monday refusing interview requests with Chris Wood, their pitches liaison officer. It is his job to monitor Test pitch preparation in the weeks leading up to a match.