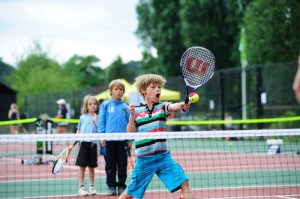 Thousands of community tennis courts across the country will be revamped as part of the Lawn Tennis Association's (LTA) largest-ever grassroots investment.

As part of strategy, 750 courts will be covered and a further 4,000 will be floodlit.

In addition, online booking and entry systems will be implemented for 3,000 courts so that facilities can be booked from mobile phone, computer or tablet.

Clubhouses and social spaces linked to courts and clubs will also be refurbished.

To deliver the project, the LTA plans to work local authorities and local businesses to put together funding packages for facilities. It is hoping to unlock a further £125m for the project.

This method has been tested in 10 pilot towns and cities, including Sheffield, which has received an investment of £1.5m (US$1.9m, €1.7m) over the past three years to improve six park venues. As a result, participation has increased by 54 per cent.

Local authorities, tennis clubs, parks, businesses and educational institutions are being asked to bid for funding.

The ultimate goal for the LTA is to capitalise on the "unprecedented levels of interest" in the sport following elite success, which has seen Andy Murray win Wimbledon and the Olympic tournament in 2016 - becoming World Number One in the process - and the Great Britain team winning the 2015 Davis Cup.

Alastair Marks, participation director at the LTA, said there had "never been a better time to invest" in tennis.

"At a time when more and more people are enjoying the resurgence of British tennis, we're focused on getting the next generation of players on court and having fun," he added.