A pilot had a "very lucky" escape after his light aircraft crashed on a golf course on the Isle of Wight. 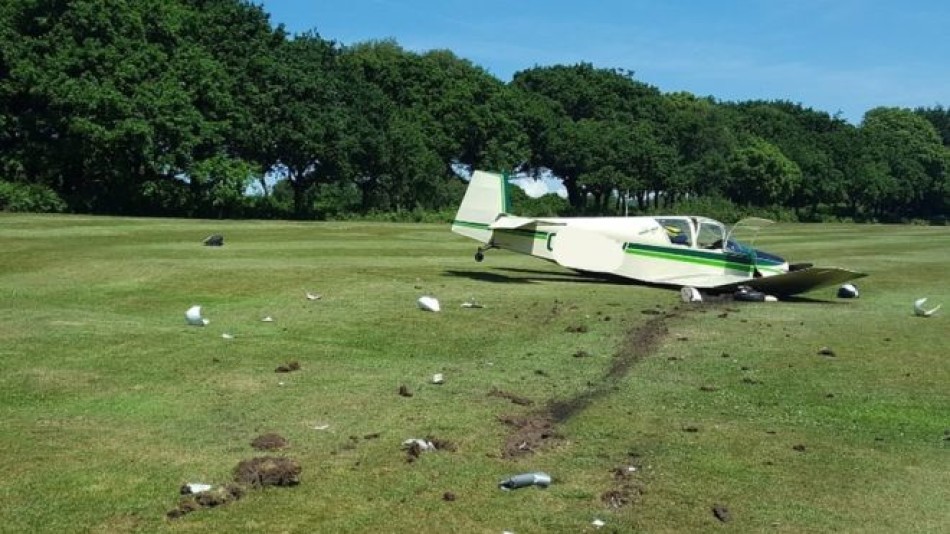 The plane came down at Shanklin and Sandown Golf Club at about 13:00 BST on Sunday as it was coming in to land at Shanklin Airport, the fire service said.

The pilot, who did not want to be named, said he started experiencing engine trouble and rapidly descended.

He managed to navigate the plane between trees and crash-landed on the eighth tee of the course.

The National Police Air Service (NPAS), which was first on the scene, tweeted: "One very lucky pilot with minor injuries."

The pilot said: "I knew it was coming down and I had to figure how to bring it down."

"I couldn't even see the fairway as I navigated between the trees."

Justin Harden, of Isle of Wight Fire and Rescue Service, said: "The pilot did incredibly well to put it down where he did.

"It's fortunate there were no golfers around and it is a very positive outcome from what could've been a difficult incident."