On a dramatic Saturday at Ascot the action took another unexpected twist when a member of the course's groundstaff narrowly avoided a collision with the front-running Go Conquer in the feature Sodexo Gold Cup. 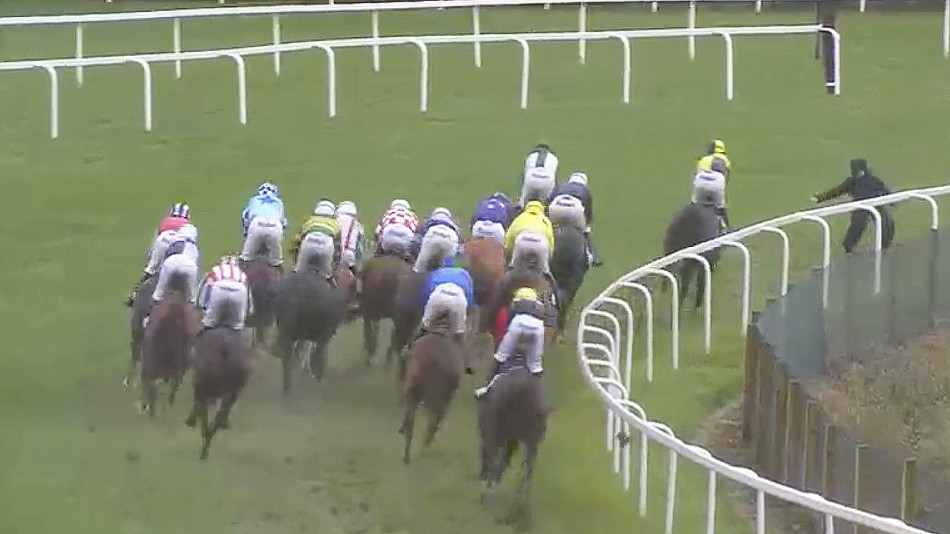 The person, who was attending to the turf with a fork, was oblivious to the horses thundering closer in the three-mile handicap chase and managed to dodge out of the way only just in time.

The incident happened as the field turned into a bend during the final circuit of the race, which was won by the Kim Bailey-trained Vinndication.

One member of staff moved off the track and under the running rail in plenty of time but his colleague, whose head was covered by a hood, only noticed the runners at the last moment.

Jockey David Bass, who partnered the eventual winner Vinndication, said: "Me and Tom Bellamy [aboard Go Conquer] were screaming at them. Luckily they heard us at the last minute but it was not a nice moment."

An inquiry was held into the incident, after which clerk of the course Chris Stickels said: "The groundstaff did not hear the message on the radio that they had jumped the fence prior to getting to that bend.

"They suddenly realised as the runners were nearly upon them and just about got out the way. They were treading in between circuits."

"We will consider whether or not they repair the ground between circuits on bends. They will always have to do it on landings and take offs but we'll review the bends going forward."

Bellamy, Stickels, the senior inspector of courses, a groundstaff team leader and the member of groundstaff were all shown a replay of the incident. The stewards ordered that a report be forwarded to the BHA.

You can read the original article from the Racing Post HERE