15 FREE tickets are on offer to a special invitation only lunch with former England rugby captain, Bill Beaumont OBE.

The lunch, hosted by British Seed Houses, is being held during BTME on Wednesday 19th January at the Swallow St George Hotel, Harrogate at 12 noon.

Bill will give the invited guests an insight into his highly successful career.

How to obtain your ticket

Donations to the Red Cross Tsunami Appeal. Make a pledge and we will let you know if you have been successful.

Alternatively, you can donate an auction prize, with the proceeds going to the appeal. The prizes will be auctioned at an event that same evening organised by the British Association of Golf Course Contractors. Complimentary tickets for this event will also be available to people who donate auction prizes.

Pledges and auction prize offers should be sent to mail@pitchcare.comby noon on Monday 17th January. Successful applicants will be notified immediately.

Tickets are very limited, so get your pledges and auction prize offers in as soon as possible.

Of course, donations to the appeal can be made at anytime during BTME at the Pitchcare Internet Cafe.

Some of the auction prizes already donated. 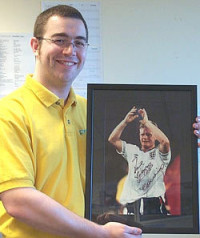 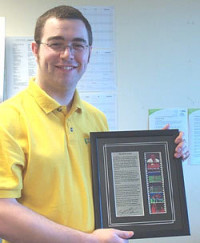